I've been very lucky with books to review of late and have had the pleasure of bringing you some marvellous non-fiction books, with yet more to come.  Today however I have the delight of recommending a novel for those looking for something Victorian and diverting from a rather splendid writer of historical fiction.  Robert Stephen Parry has returned to the nineteenth century and I am very happy indeed. His new novel The Testament of Sophie Dawes is released today - et voilà! 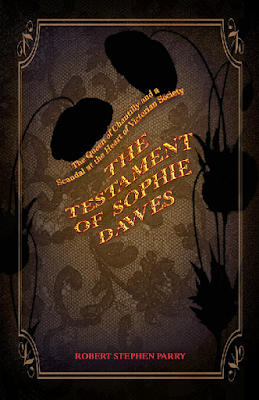 Set on the Isle of Wight in 1862, we follow the journals and letters of the newly appointed archivist at Osborne House as he sorts through the papers of the late Prince Consort.  Amongst the files he finds a letter, 'a testament', from a woman called Sophie Dawes which reveals scandal and betrayal which could have ramifications to the monarchy.

The book is actually quite tricky to talk about because of spoilers but what I can say is that what the archivist finds is only half the story.  The testament takes us to Revolutionary France, a time of chaos, of disrupting order.  Sophie Dawes struggles in her uncertain position as courtesan and consort to royalty and aristocracy in the changing tides of society.  Her story is at odds with the quiet and respectful mourning of Osborne and the Isle of Wight, but what slowly becomes apparent through the journal is that all might not be as it seems there too.


What amazed me was the level of research that has gone into this novel.  I was fairly well aware of Osborne House and Queen Victoria's time there but I learnt so much more about those stifling months after Albert's death, and what exactly life must have been like living under such a shroud of enforced sadness.  I was unaware of Sophie Dawes but now want to know more and I'm sure other readers will be drawn to see her house and read more about her extraordinary life.  She is definitely a character, and one who seems to be more of a celebrity in France than her native land. 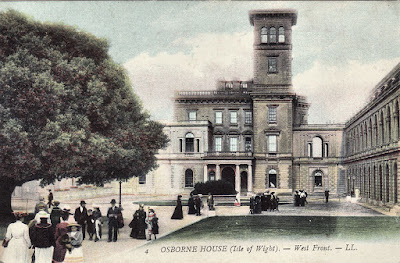 I have always had a weakness for novels written in the epistolary style after studying 18th century novels for my degrees, and so loved reading the journal entries and the letters. It feels so personal and you have an instant connection with the narrator. All that happens to him is admitted to the reader with pride, panic, shame and curiosity and you end up racing from entry to entry to find out the truth.  I loved the juxtaposition of Darwin's Origins, the endless birdwatching and ordering of his life with our narrator's choices later in the book and his slow realisation that order and science might not answer all his questions, either about the world or himself.  There is one moment especially where I yelped because things take such an unexpected turn you know nothing will be the same again.


As always, the book is vividly written and full of exquisite period detail.  What Robert Stephen Parry excels in is lulling the reader into a sense of comfort by the gentle tone and pace of a piece adding impact into the revelations and mysteries.  If you loved The Arrow Chest then you will adore this, and I am very happy that Mr Parry has returned to both the Victorian period and the Isle of Wight, two of my favourite things.  His writing suits the era so well, being so graceful and insightful, but he brings scandal, sex, mystery and madness to the world of a quiet archivist who just wants to watch birds.  The result is a novel that is as compelling as it is unexpected, that contrasts the controlled heart of the Empire within the stifling walls of Osborne with the chaos life can bring.  It certainly is a story that will stay with you after its finale and that is recommendation enough.

To buy The Testament of Sophie Dawes visit Amazon UK here and USA here, or buy it on Kindle (UK and USA).  Enjoy!

Posted by Kirsty Stonell Walker at 12:50