As you will know, I'm no stranger to family history.  As I often refer to in these posts, my family's past is filled with unexpected happenings, and I also take great enjoyment from finding out the ancestry of people from the Pre-Raphaelite movement. Imagine then, dear reader, my excitement when reading about this recent offering... 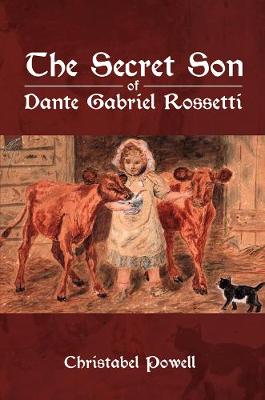 I can tell your facial expression from here, and let me tell you, I was also giving it definite side-eye however I was sent a very kind review copy and I set about reading.


The premise is this: Christabel Powell, Victorian academic and author of other books on 19th century architecture and art, knew of a family secret.  Her great-grandfather was the secret son of Dante Gabriel Rossetti and this is her very fulsome account of how and why, completed before her death in 2017.  That manuscript was then published posthumously with apparently minimal editing by Eric Eve and here we are...


I'll start with reviewing what I enjoyed.  I ripped through this book in a couple of sittings.  It is engagingly written and very interesting.  If anyone ever thinks their family is boring, all it takes is a bit of a scratch below the surface, or a conversation with an elderly relative and who knows what will crop up.  My mother maintained that there was money on her side of the family until the daughter ran off with a railway worker and got cut out of the will.  Rats.


Before I get to whether I believed the story or not, I have to say that reading the account was compelling.  It's like seeing a very familiar story from a completely different angle; imagine finding out that Han Solo bore a grudge against Peter Cushing in Star Wars and his secret motivation for the whole of it is not the money or the love of Princess Leia, but getting even with the bloke who ran over his Uncle Bert in a pub car-park in Mos Eisley.  With me so far?  Righty-o, here we go...


According to The Secret Son of Dante Gabriel Rossetti, the one true and lasting love of our favourite painter/poet was not Elizabeth Siddal, Fanny Cornforth or Jane Morris.  That 'one face' that 'looks out from all his canvases', as Christina Rossetti wrote, was not Siddal, or even Alexa Wilding, but Mary Osborne (1837-1918), brewer's daughter and trainee milliner from Leicestershire.  She moved to London in 1852 in order to finish her training and ended up living in Old North Street, passing through Red Lion Square on her way to work.  It is apparently here she met Mr Rossetti and was invited to act as his model.  The couple fell in love and Mary fell pregnant.  In the resultant kerfuffle with Elizabeth Siddal, Mary fled in order to have her son away from London, leaving Rossetti a shell of a man.  All this happened between 1852 and 1856-7.


The problem is that, of course, there is no proof only family stories.  Apparently there were letters from the solicitors stating that Rossetti not only acknowledged his illegitimate son but also provided money for him up until Rossetti's death in 1882.  These were seen by a few members of the family, although seem to have been lost in time and no copies have been found.  The only other piece of 'evidence' is that the son, Robert, suffered from Bright's Disease, as did Rossetti, but also, so did Walter Deverell (who had form for picking up milliners).  If the letters from the solicitors could be located in the archives of Woolley, Beardsley and Bosworth, that would indeed make very interesting reading, but at the moment we are only going on family stories.


There are actually two narratives to contend with in this book and it is useful to separate them.  Firstly, and actually easily, do we believe the story that Rossetti and Mary Osborne had a child?  That I find to be plausible, regardless of whether I actually believe it.  As far as we know, Rossetti was in perfectly good health in the early 1850s and up until Elizabeth Siddal's death, he seemingly had no issues with fertility, that was all to follow.  In theory then, no problems.  However, we then come to the narrative of Rossetti's life into which this story fits and, as I said above, it involves turning everything we know on its head.


I'm not averse to challenging received knowledge, heavens I built a career on it via Fanny Cornforth.  However, in order to believe the story that Rossetti's involvement with Mary Osborne ruined him from 1857 onwards is to re-write things that are not only known but verified by others.  Powell maintains that William Michael Rossetti was so thorough in his protection of his brother's reputation that he erased any trace of the scandal, yet Christina is supposed to have left us tantalizing hints in her poems.  No-one is supposed to have known, yet Rossetti 'could not resist telling a few close friends' (p.63) of Mary's pregnancy.  Powell is rather scathing towards Lizzie Siddal, an 'insensitive and crude' artist (p.52) who attempts to poison Mary and her unborn child with arsenic-laced chocolates. Oh deary me, I'm sure if Lizzie wanted to do in Rossetti's girlfriends, there would not be enough arsenic in England.


This re-imagining of Rossetti's life completely erases the influence or involvement of Fanny Cornforth (not a popular move with me, as you can imagine) and moves facts such as the meeting with Jane Morris to the 1860s rather than 1857.  According to Powell, all the sketches of Lizzie between 1854 and 1860 are in fact of Mary Osborne, and the blonde figures that begin to crop up in Rossetti's art are also Mary, not Fanny.  Lady Lilith is in fact Mary and Rossetti's argument with Holman Hunt in 1857 was about, you guessed it, Mary.  In fact, so much of Rossetti's life seems to have been all about Mary, I'm surprised any of us pinned the blame on any other woman...

Okay, so I am skeptical because although Powell's book is intensely researched on matters of history (with interesting excursions into the Zulu Wars and the territorial armies during the First World War), when it comes to the nitty-gritty of Rossetti's love life, it's a harder sell.  I am also not a fan of writing a woman's history at the expense of other women; it seems we can't have Mary in the narrative without downgrading Lizzie Siddal to a vengeful, murderous harpy and deleting Fanny, Alexa and Jane to bit players without importance.  There are painful omissions in the argument, such as George Price Boyce's diary, always a reliable resource for women, Rossetti's women especially and he was recording this part of Rossetti's life fulsomely.  Also, some of the witnesses called for Powell's argument are less than reliable, such as the odious Hall Caine and Violet Hunt, not above making up facts to fit their stories.

In conclusion, do I think it is possible that Rossetti had an illegitimate child? It's possible, certainly, but the rewriting of the narrative seems unnecessary and unfair to those written out of their own story.  The fact that the late Christabel Powell and her family believe this to be the case with such certainty is in itself a fascinating story and so this book is worth a read to explore how family misfortune and intrigue can resonate through the generations.

The Secret Son of Dante Gabriel Rossetti by Christabel Powell is available now.
Posted by Kirsty Stonell Walker at 17:06 1 comment: