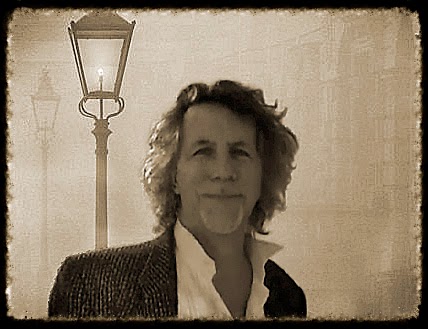 You will remember from my post a couple of weeks ago one of my favourite authors, Robert Stephen Parry, published his latest novel. Set in the dark and mysterious Belle Epoque, The Hours Before is a story of a woman's search for the truth in the dangerous setting of pre-war Europe and very splendid it is too. So it was rather nice to be able to ask Mr Parry some questions about his new book and his writing in general....


Q. You move around eras in your novels, so what was it about the Edwardian, pre-War period that appealed to you for this specific story? 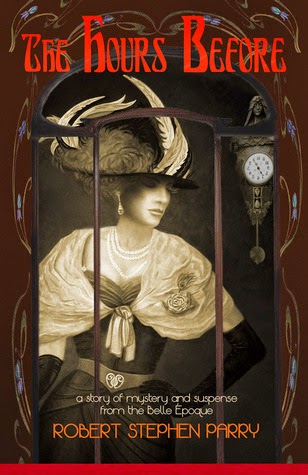 It saw the end of so much that was excellent, and the beginning of so much that was dreadful, and it all changed in the space of just a few short years with the so-called Great War. It is the sense of pathos attending those times that I find irresistible. The heroine of the story, meanwhile, is on the eve of her own great conflict – a decision that has to be made between vengeance and forgiveness. So there are lots of parallels in the story between geopolitical events and personal struggle, all of which are foreshadowed as the story unfolds.

Q. Do you have a favourite period in time?

Q. There are elements of magic, superstition and signs in all your novels, how much do you ascribe to the mystical side of life?

Life is a range of experiences, a spectrum, like the colours on a rainbow. You can put rationality and sobriety at one end, and superstition and plain silliness at the other - ‘safe’ places out on the fringes, and it’s very easy to get stuck there. But writers and artists have to be free to go wherever their curiosity takes them, to any place in-between. Once you give yourself permission to do that, and once you realise it’s perfectly all right to be ‘any place in-between,’ you become aware of how extensive it all is, anyway, with so many doors to open and so many ideas to explore. I’ve taken a stroll through a few of them, that’s all. Inevitably that must colour ones writing.

Q. Many of your leading characters seem to be redeemed and made more sympathetic by hardship, thinking of Deborah Peters in The Hours Before, but also someone like Matthew Wildish as well – is that intentional?
Hardship can often result in evolution, and not just in terms of natural selection. Nobody ever became stronger or wiser by leading a life of indolence. Likewise with the characters in literature. If they are to evolve (as all good characters should, of course) then they have to challenge the circumstances in which they find themselves. They have to roll up their sleeves and get dirty; they have to ask questions and believe in something. We, as readers, take notice of them then. We admire their struggle, be it an emotional one, a physical one or even a spiritual one. I think the great Victorian artists and poets, the Pre-Raphaelites especially, were like that, too. They really did have a mission to step off the fringes where so many of their fellow citizens had long since taken permanent residence. Their mission was to ‘boldly go’ to all those spaces in-between, and much of what they created there is timeless and glorious.

Q. Your characters travel around Europe in ‘The Hours Before’, did you fancy a holiday from your normal setting of England? How many of the locations have you visited yourself?

The Belle Époque was a European-wide phenomenon, so to have just based the novel solely in the UK would have been rather a narrow choice. Paris and Vienna were places where the art nouveau styles and fashions really flourished - and many of the German cities also. And yes, I have spent some time in almost all the places mentioned in the novel. Vienna is my favourite, and it was a natural decision, therefore, to anchor the whole thing there in that great city. It was from there, at the heart of the Austro-Hungarian Empire, that decisions were made that would signal the start of the first world war and the demise of the Belle Époque itself. Vienna was, in so many respects, the beginning and end of the whole thing - and so too, therefore, with the story.

Q. I find it fascinating to find out when and where other writers write. Do you have a special time and place for writing?

I write at home in my study/office, and usually late into the night (the night is wasted unless a writer uses it for work). In the summer, when the weather is good, I have a bench and table set up beneath the shade of an old yew tree. Long walks in the countryside, meanwhile, are ideal for inspiration and sorting things out with plots and characters.

Q. When you are not writing it, do you read much historical fiction?

A little, though not so much of the modern stuff these days. I prefer the oldies, the classics. If it is modern, then it has to be something quirky or unusual, something that does not conform to the usual run-of-the mill, genre-fiction bracket. Something brave and different.

Q. Is there a book you wish you had written?

The next one. I always wish I had written the next one already.

Q. Do you have any ideas of what you will write next?

After spending a good couple of years on ‘The Hours Before’ I rather think I’d like to chill out next with a nice short book. Perhaps a ‘whodunit’ – I’ve never tried that before, and it could be fun.

Many thanks to Robert for his time and such interesting answers. You can find his new novel here (Amazon UK) and here (USA). For some more art nouveau loveliness, join me in the week for a review of the Russell-Cotes Art Gallery's new Mucha exhibition....
Posted by Kirsty Stonell Walker at 08:10