As I said yesterday, I have a sizeable collection of illustrated editions of Tennyson’s poems.  Really, Mr Walker quite despairs.  A recent addition was a collection called The Falling Splendour, edited by the poet George MacBeth, which I must admit I bought because the front cover was so gorgeous.  I was delighted to find that it was illustrated throughout with the work of Robin Lawrie… 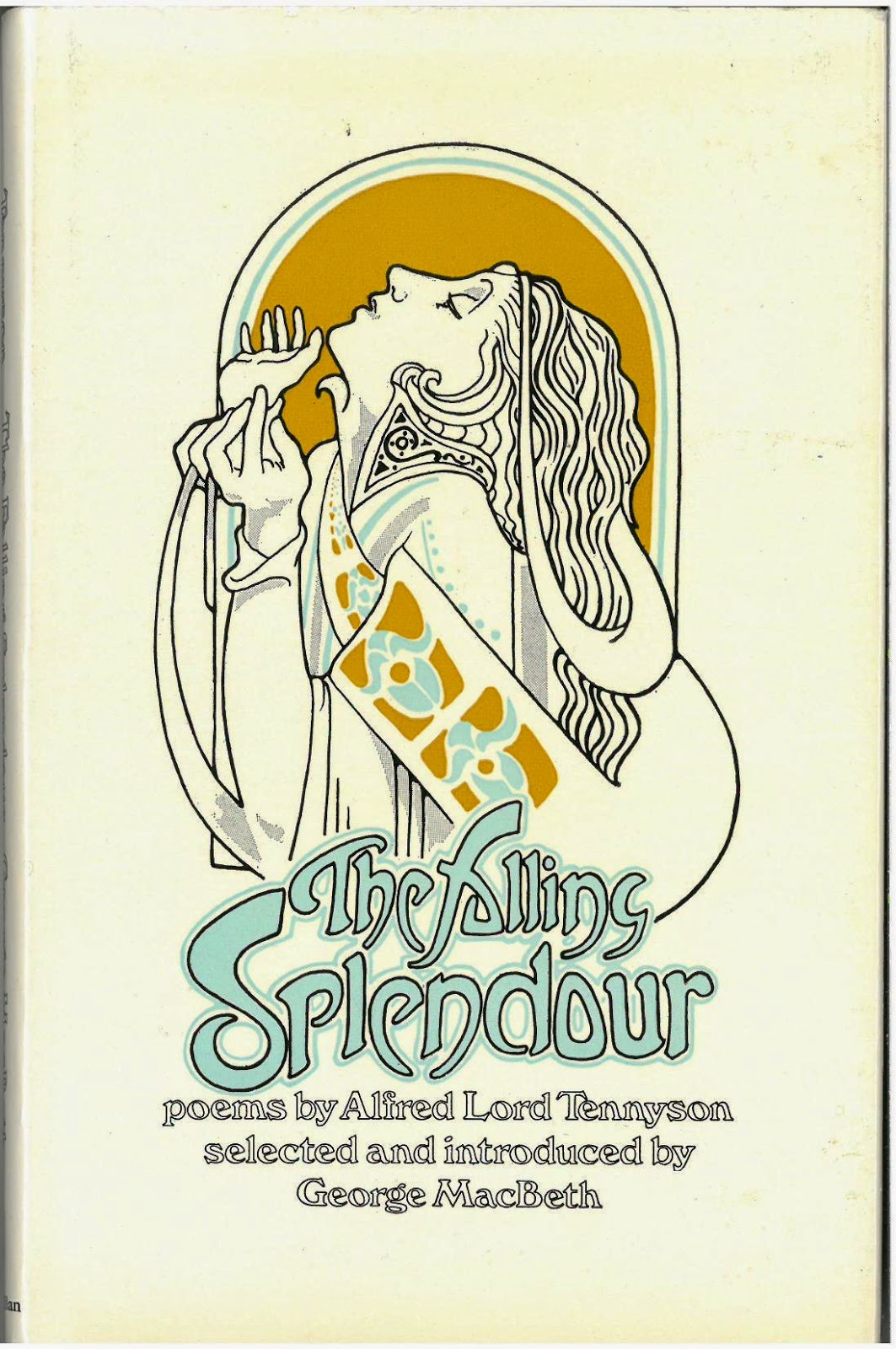 I want to know more about Robin and his art, so imagine my delight when I was able to contact the man himself and bombard him with questions which he very kindly answered…


Did you know much about Alfred, Lord Tennyson before you illustrated his poems? 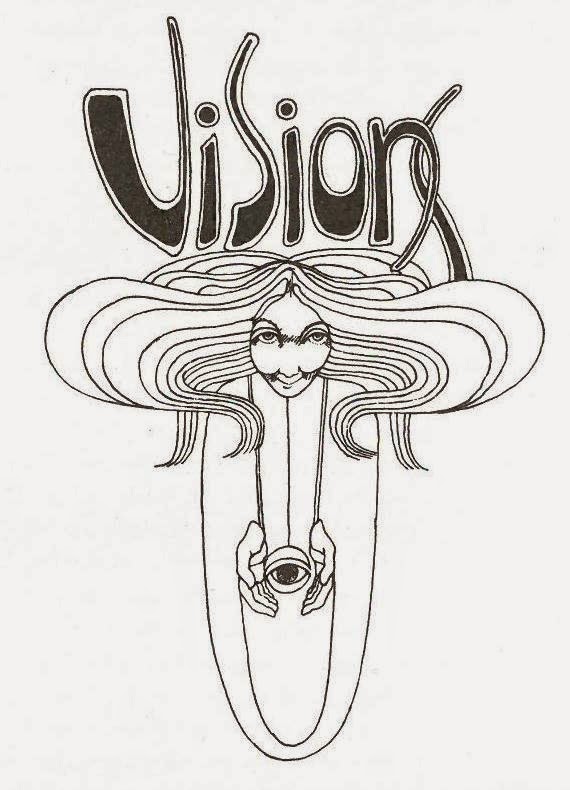 The first 8 years of my life were spent in a Scottish mining village, the next 13 in Vancouver Canada. Neither location was very much concerned with poetry and my education was pretty basic. That all changed when I came to London in 1968 and fell in with a group of very aesthetically minded students from Hornsey art college and the Northern Poly. They swept me up in a great tide of romantic high Victorian culture which was so much in the air in those days. I had been exposed to pastiche Victorian graphic sensibilities in the form of sub-Mucha psychedelic posters which were everywhere in my frequent visits to San Francisco in the mid-sixties but now in the company of these newly graduated students my real education began.

Every weekend was spent exploring 'architectural wonders' and locations of Art Nouveau interiors and architecture such as the Blackfriars pub and the Queens pub in Hornsey and many, many more. Pre Raphaelite paintings were just emerging from Art Gallery basements, Portobello Road was being scoured for art nouveau relics. Biba and many other boutiques provided flowing Pre Raphaelite garments for the numerous '60's equivalent to the Brotherhood's 'stunners', and stunners they were. People weren't afraid to quote and read poetry in pubs and certainly Tennyson was one of them and certainly I was smitten by more than one sultry Lady of Shalott. I put together an illustrator's portfolio and my real life had begun. I was fortunate enough to become acquainted with Antony Ballantine, a tutor at the Northern Poly and a great collector of art nouveau and Roderick Gradidge, chairman of the Victorian society.

How did you get the job?

As I said I put together a portfolio, walked into the art director's office in MacMillan's and walked out with a commission to illustrate Tennyson. It was all so easy, my career had started and it never stopped. MacMillan's are still one of my main clients although these days it's for Caribbean text books. 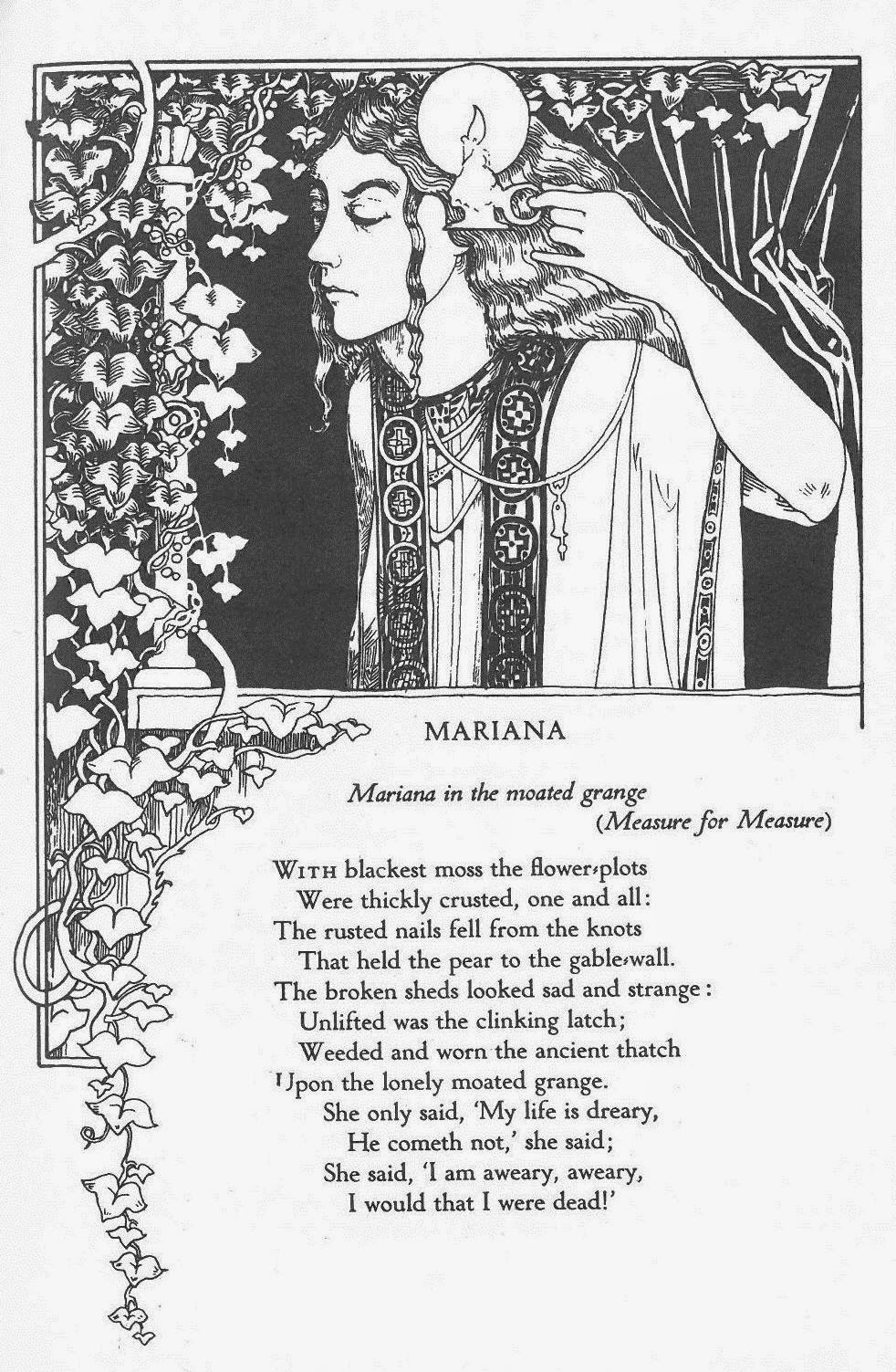 Did you choose the poems you illustrated? Were there others you wanted to do?

Yes. As I recall I was only required to do a certain number. I would happily have illustrated them all. 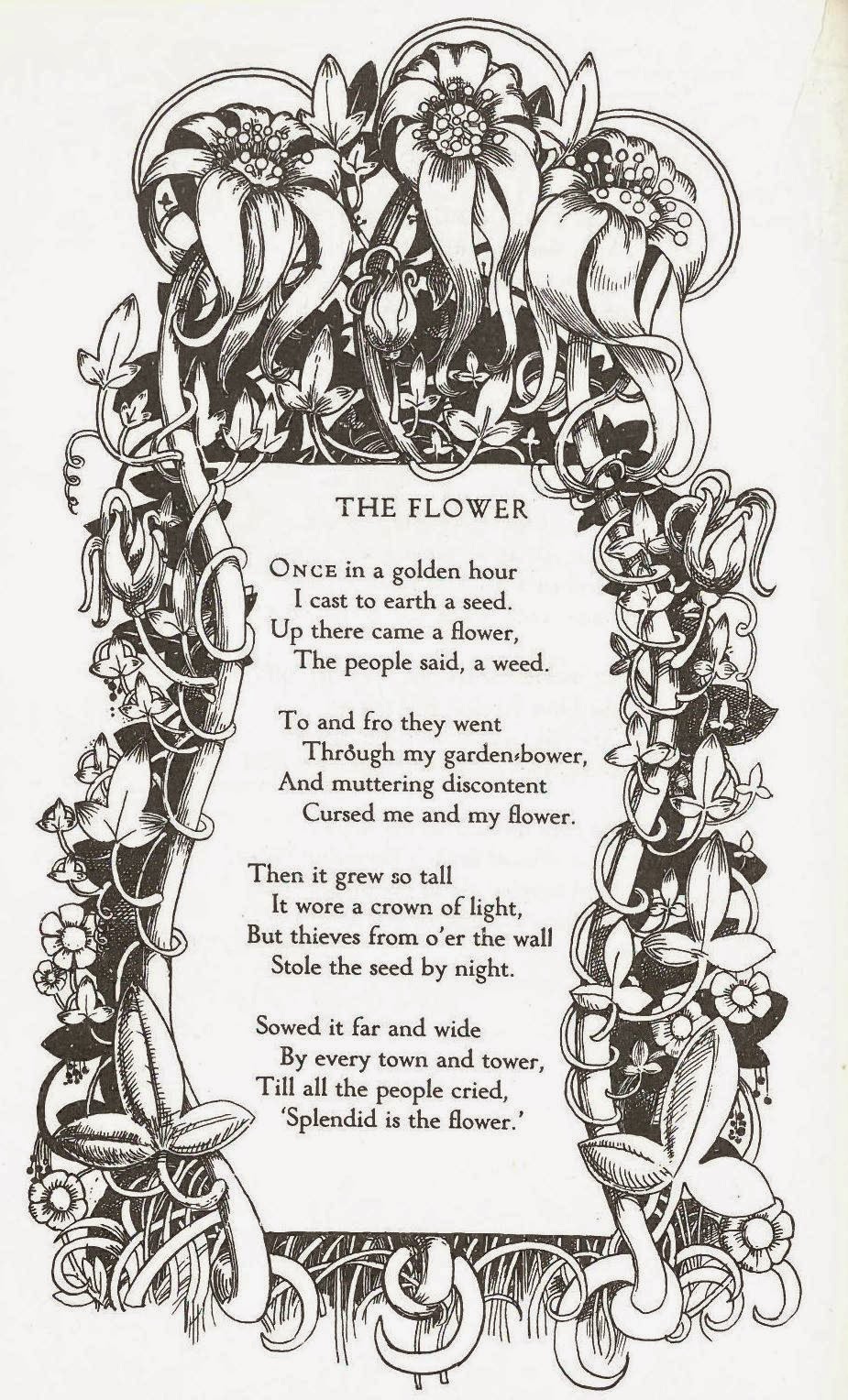 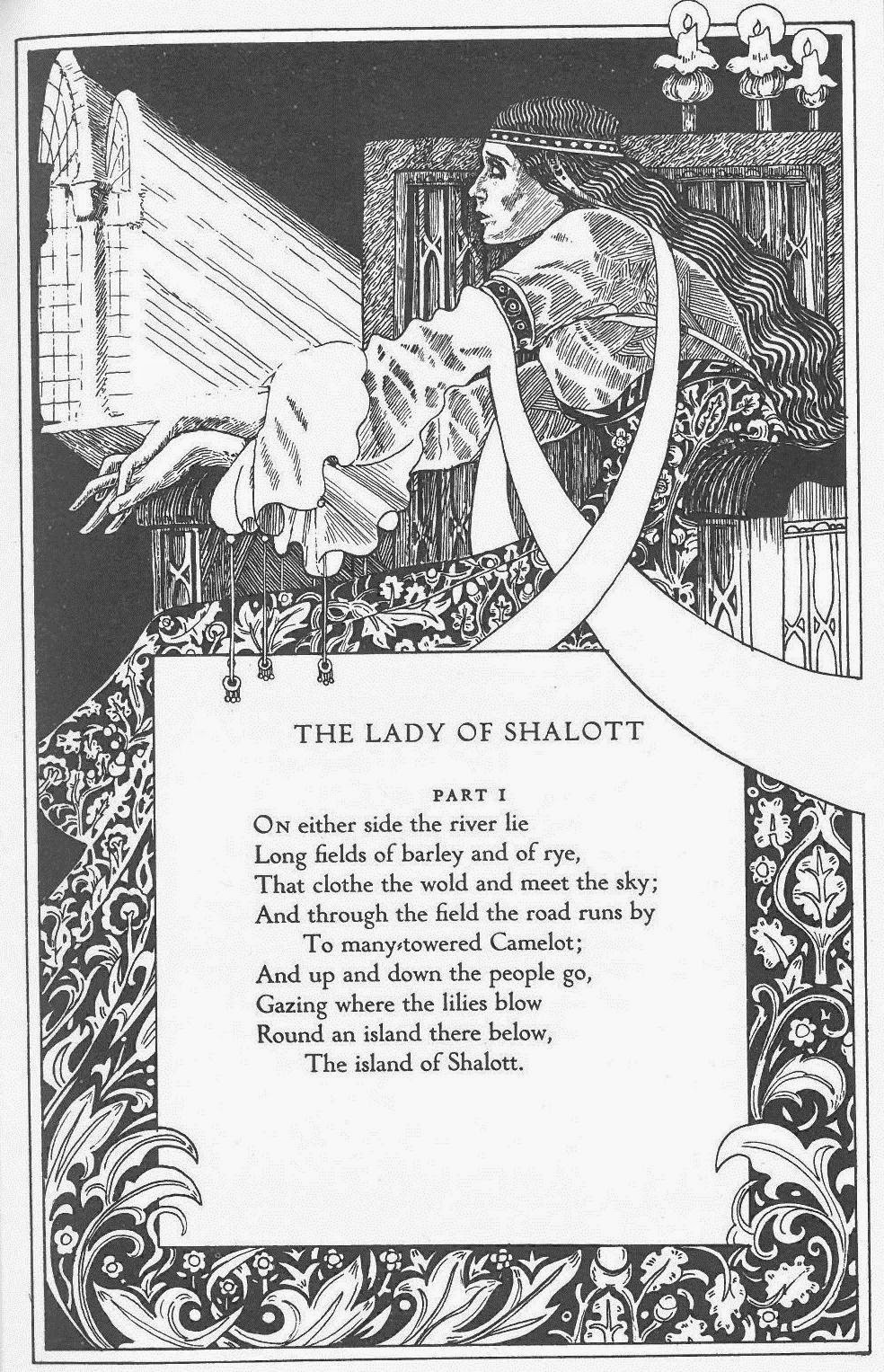 Yes she was. It's getting on for half a century ago so I can't quite recall why I chose that scene. To tell you the truth, looking at it now I see mistakes and I'd love to do the whole thing again.

Both you and David Sparling, who produced a Tennyson book cover in the early 1970s, produced album cover art. Do you see a link between Tennyson and music at the time?

Ah yes, the music. There was much, what you might call Pre- Raphaelite music and balladeers about in the sixties. Wistful long - haired young men with flutes and guitars, pining away for lost loves in garrets in Notting Hill and Camden Town. Pieces that instantly come to mind off my iTunes list would be:
Donovan's 'Jennifer Juniper', (and pretty much everything else he did).
Nick Drake's 'River Man' (this more than any other) - you would love it I'm sure.
Simon and Garfunkel's 'Scarborough Fair'.
Clifford T. Ward - 'Home Thoughts from Abroad',

Jefferson Airplane 'Triad', full of smoky, menacing, dark sensuality.
Country Joe - 'Porpoise Mouth' full of Pre Raphaelite jewel like imagery, I insist you download a copy and listen to this, it could have been written by Tennyson - he would have loved it. 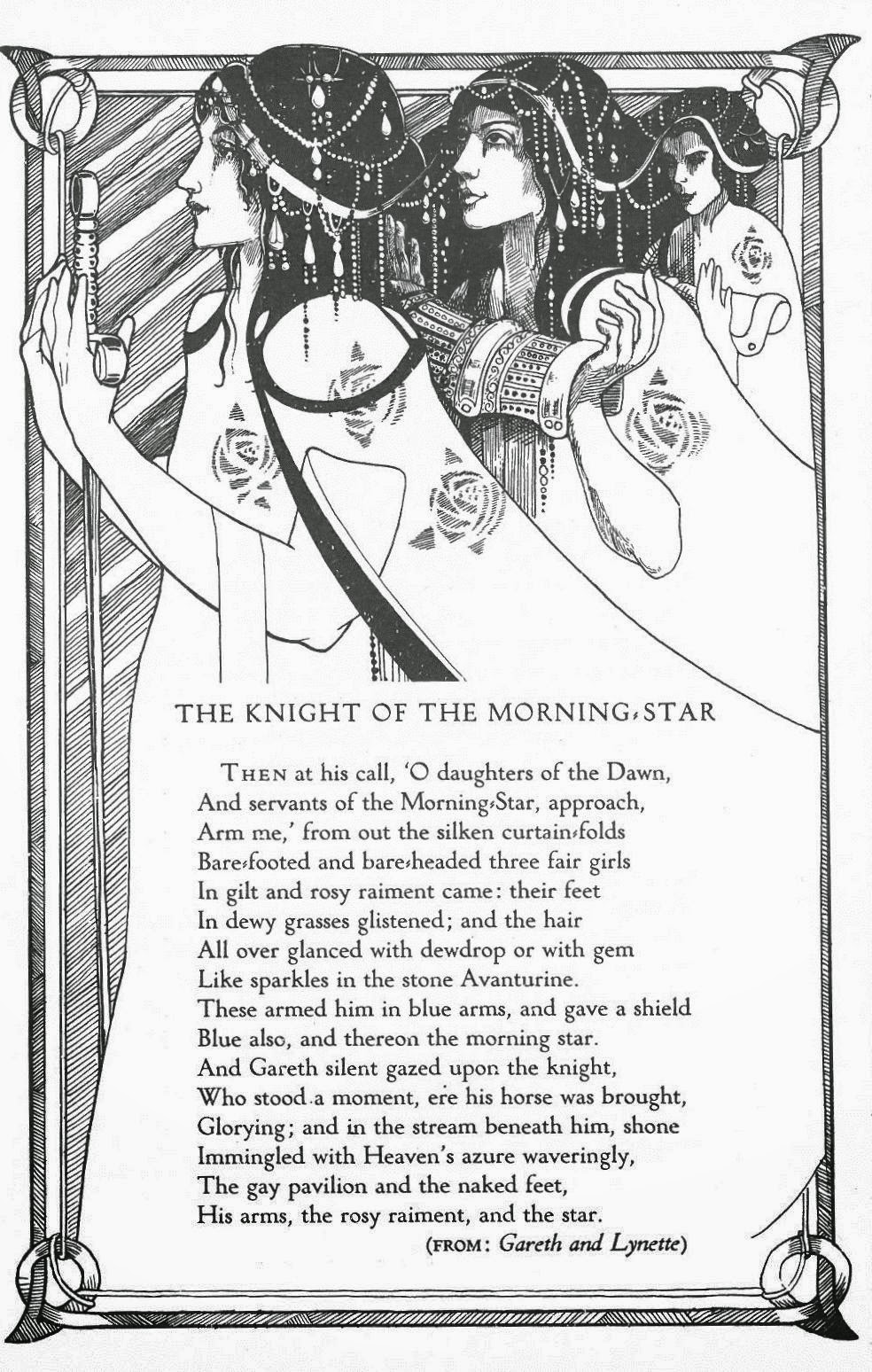 
I was delighted to find out that Robin’s favourite poem was the same as mine and the white peacock illustration is just perfect. To know more about Robin’s work, have a look at his website here. 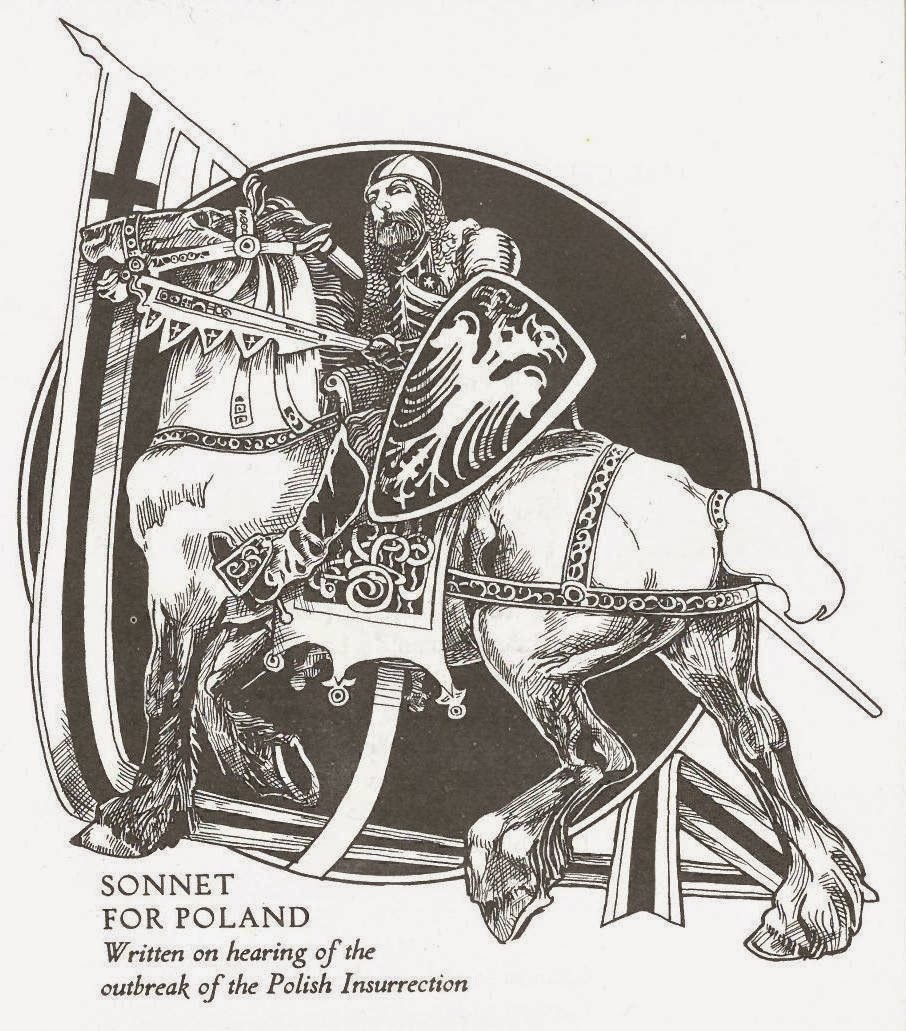 Many, many thanks to Robin for his patience and replies, and I can only encourage you all to seek out copies of The Falling Splendour to admire for yourself.
Posted by Kirsty Stonell Walker at 16:52