Wives and Other Martyrs

In 1851, John Everett Millais painted the bridal portrait of possibly the archetypal perfect Victorian wife.  She was Emily Andrews, and her face is a frozen moment of attentive bliss.  She is neat, sweet and waiting.  Her husband, the poet Coventry Patmore, wrote that 'a rapture of submission lifts her life into celestial rest' for her in her role of wife and this is her face...

Modestly and naturally adorned, the only piece of frippery is a raspberry ribbon.  Compared with John Brett's image of her five years later, Millais managed to capture the image of Coventry Patmore's 'Angel in the House' as well as the inspiration for it.  Emily looks at us directly, but there is no challenge, there is just trust and waiting. Brett makes her look dignified and somewhat seductive but detached, Millias makes her look patiently interested in her adored audience.

What Millias seemed to comprehend was that when it came to painting a wife it was not only a perceived social ideal that was required but also the notions of the husband, the primary audience. How did this impact on the portrayal of his own wife and furthermore, how did it affect his portrayal of wives as characters in his scenes?

Of course when Millais started to paint the woman who was to be his wife, she was already someone else's wife.  It is easy to buy into the story that his pictures of her are tinged with longing and unrequited adoration, but what strikes me most about the Glenfinlas series is an adoption of domesticity, of insertion into an intimate sphere.  Naturally, Effie appears in the pictures performing wifely duties as Millais was at the time staying within their home, but he was only a visitor and she was performing the duties, albeit on the surface, for another man.  Again, Millais uses pink and flowers to adorn this perfect woman in an otherwise darkened scene.  In Millais eyes, the wife is the light in the darkness, the darkness in this case her marriage, her husband.

When Millais painted her again in 1873, it had been almost twenty years of wedded bliss since the picture before, and this would be his last portrait of her.  She is direct in her gaze still, and much is made of her commanding finger resting on the cover of the Cornhill Magazine.  She is pointing to the picture of a thresher, possibly hinting at how she felt life had treated her in order to get her to such a comfortable position.  Sitting with a fat cushion at her back, she is a woman, formidable and completely detached from the almost 'little girl' image of twenty years before.  Compared to The Highland Lassie, she is a woman of experience, which holds some irony if you think that in 1854 she was at the tail end of a tumultuous early life including the death of most of her siblings and the disaster of her marriage.  Twenty years of peace had given her eight children and a husband who understood her, but also insomnia and the knowledge that her position in society would never be what it should be.

If Millais managed to infuse his portraits of Effie with such depth of feeling, it is unsurprising that his paintings where she acts as a model treated her with similar levels of respect.  In The Order of Release 1746, she is the barefoot deliverance for a Jacobite soldier, a stoic point of rest for man and child.  The cloaking that drapes her gives her a goddess appearance that holds her apart from the tartan and ginger-haired man and child, but her hold on the pair, whilst delivering the titular order, ties her to them.  She is woman as heroine, who has succeeded on a small scale to free a Scottish man from English tyranny.

It is unsurprising that within the three years between meeting Effie and marrying her, Millais would return again and again to the subject of marriage and the effect of the wrong husband on a wife.  In pen and ink sketches, Millais explored the subject of marital folly for a private audience of himself and his family.

Within a series, reminiscent of Hogarth's Marriage-a-la-Mode of the previous century, Millais' Married for... sketches reflected how he saw the ills of society driving people into unhappy marriage.  In Married for Rank, the couple are bowed to, but not liked, the young woman on the arm of a wizened old man.  She is proud and dripping with jewels.  She displays her ring to the young wounded officer to her right, who touches it and looks at her sadly.  It is an unusual piece as Millais lays the blame firmly at the woman's feet.  The old man doesn't look unpleasant or evil, unlike the arrogance in the head-tilt of the woman.  In Married for Money a companion piece, it is a spurned woman who is forced to watch the one she loves on the arm of another.  Although not alone in his depiction of a regrettable marriage, it is a subject not readily considered exactly what Millais made of the motivation of the object of his affections in her marriage to Ruskin.

As with Speak! Speak! (1894), the subject of the above sketch is the undying nature of love, but with the more negative connotations.  In the later painting, a man is held accountable in his bed by the vision of his bride, possibly hinting that he had been sexually unfaithful to his deceased wife, where as the woman in the earlier sketch is held accountable before God.  If Millais is exploring the theme of everlasting, eternal attachment to another, this was an unfortunate, if unsurprising moment to have such beliefs.  As his intended attempted to free herself from one husband, the young artist hints that people can never be freed, however much they wish it.


Possibly less surprising are the pictures of women suffering due to the follies of their husbands.  In The Race Meeting the wife dissolves in tears of shame as her drunken wretch of a husband is finally caught by the bookies. In an irony of a crucified man, the husband spreads his arms innocently as the carriage is literally besieged.  In his hat is a 'Derby doll', a little figure worn at the races, who echoes his martyred form while its twin sits in a wine glass unable to escape.  In the corner, hidden in shadow, a child sucks on a chicken leg, unable to comprehend or control her greed.  The man is that child, uncomprehending in the face of his excesses or his comeuppance.

Retribution's husband has at least the grace to look ashamed when faced with his wrong-doing.  The seated woman has just married the gentleman, their discarded hats and flowers beside them, when they are brought face-to-face with his first wife and two children.  One wife points to the ring of her predecessor as the woman pleads with her husband to be acknowledged.  This husband has managed to ruin two wives, a fate that Effie Millais fought when she intervened with Rose La Touche's mother.  In Millais' world, husbands have the power of destruction, and women are the unsuspecting victims.

Untarnished love existed, for all the pitfalls and horror of the social constraints and aspirations.  The adoration between curate and his wife is expressed in their eye contact, their touch.  He writes on the Trinity, which could also refer to husband, wife and child.  The map behind her is the British Isles, the globe is in the foreground but the couple exist for each other and their domestic space, even the church is removed from them, suggesting that the truest expression of God is through their good and authentic love.  It is possible to see the domestic portraits of Effie in this scene, the Angel in the house which Millais fervently wished was his own.  When finally the couple were united, his penultimate picture of his new wife, and the last in which she would be a model rather than the subject, showed her in the centre of the home.

Painted in the year of the birth of their first child, a year after their marriage, Peace Concluded 1856 showed a contemporary home, and a scene of domestic peace and security.  The wounded soldier reads of the peace in the Crimean as he holds his halo-haired wife.  The daughter in the left holds a dove and watched the audience with an expectant face.  Finally, marriage could mean the end of hostilities and the security within the loving home.  Just as his first image of Effie as the Jacobite wife lifted her beyond the role to a goddess of release, then his last painting she 'acted' in shows her as the Madonna of the home, endless in her landscape of red velvet skirt and there to cradle her beleaguered husband. If Millais had felt tired and wounded by the fight to get his bride, he could finally find peace in the arms of his love. 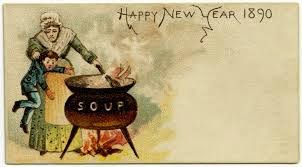 Happy New Year, readers of The Kissed Mouth and I wish you all a merry night and a bright end to 2014.  I'll see you all next year....
Posted by Kirsty Stonell Walker at 18:41