The Romance of Fable: Sleeping Beauty

I fancied doing a couple of posts on the popular portrayal of two fairy-tale princesses.  The common link for these two are that one appears in a Disney film this year and one will appear in a Disney film next year, but these are by no means their first appearances.  In fact, it seems the wonder of this pair has been irresistible for a while, but for the Victorians, as for us, they provided inspiration for some beautiful creative work.  We'll start with a lass who made forty winks look so wonderful... 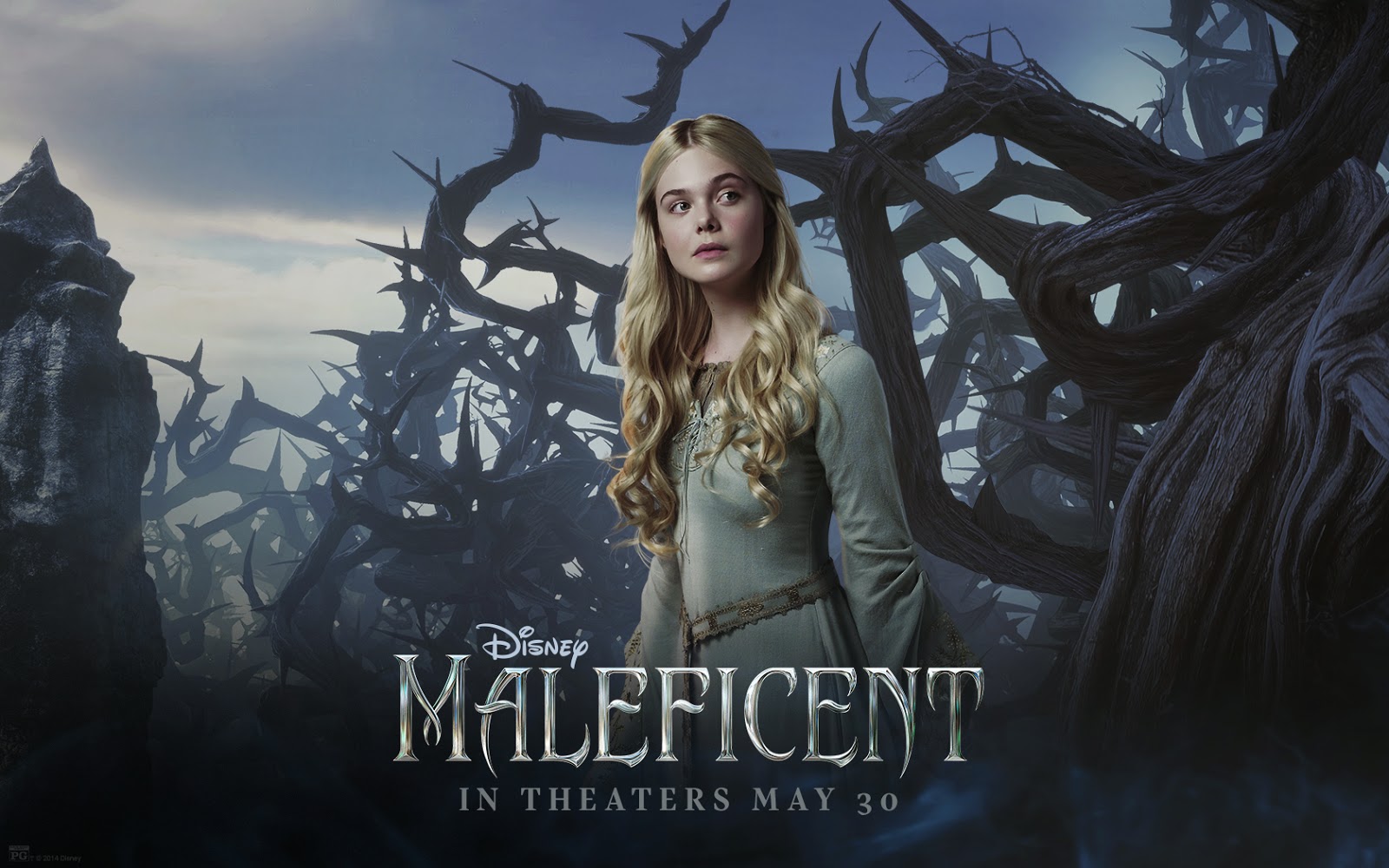 Back in May, the family Walker went off to see the new Disney film Maleficent which is basically a version of the Sleeping Beauty story told from the viewpoint of the 'bad' witch, Maleficent.  The lovely Elle Fanning, above, played Aurora, the princess who should not take part in any needlecraft whatsoever and she fell into her enchanted sleep in a very elegant manner indeed.  The whole film is a lovely take on the tale and everyone looks splendid, especially Angelina Jolie's cheekbones.  This made me think about Victorian art.  Let's be honest, everything makes me think about Victorian art...

Anyone who has been to the glorious Buscot Park will have stood staring in awe at the dining room.  Surrounding you on all the walls is the story of Briar Rose (Sleeping Beauty's more fancy name).  Breathtaking and swoon-worthy, the panels creep like the brambles of the story, leading you on to the bower of the beautiful, corpse-pale princess and her maids.  I adore the sea greens and deep blues of Burne-Jones' pallette, both colourful but restful.

If you want a full-scale cavalcade of enchanted madness you can't beat this one from Daniel Maclise.  Everyone has dozed off in her bedroom and there are shafts of sunlight and winged envoys of love aplenty.  Center stage we have Sleeping Beauty sleeping peacefully while squished into a corset (well you have to look your best if a Handsome Prince is about to turn up) and Handsome Prince in some thigh-high, heeled boots.  I'm not judging, any port in a storm.  This is the sort of picture I'd love to see in person as it is stuffed with details.  All is richness and colour, lots of red and green and gold. It's a full-scale production number and our corsetted beauty will awaken to an audience.  Mind you, looking at the above image, it reminds me of a few parties I went to as a teenager...

The above are taken from the Sleeping Beauty cycle by Leon Bakst from around the time of the First World War.  The dense, jewel-like colours of the castle show the opulence of the kingdom and yet even within that blessed household, bad stuff happens.  In some ways Sleeping Beauty is a cautionary tale of how it doesn't matter how rich you are, there are certain things you can't escape.

The Prince discovering the Princess is definitely the most popular moment for illustration among the stand-alone works.  Brewtnall shows her slumbering in an overgrown bower, without maids cluttering up the place.  Her handsome prince has battled his way in without damaging his lovely jacket and is now gazing upon her.  I'm not convinced how much use a spear is in hacking your way through an overgrown castle.  I would have gone with some pruning shears at the very least.

One thing that Sleeping Beauty tends not to be is a sexy piece.  Mr Breakespeare however goes the hoochie route and has Sleepy all slinky on some animal furs.  At first glance I thought she was nudie too but that was just an illusion.  Mind you, she's looking quite alluring with all those beautiful scarves and stuff.  This is the 'Hello Boys' approach to being rescued...

Finally then we have this very striking and simple image of a beautiful, sleeping woman.  I love how the detail of her hands is so sharp, contrasting with the abstraction of her hair, and her face is absolutely perfect.  There is a sense of luxury in her surroundings, a glow of gold against the infinite depth of her black gown, as she waits and sleeps.  For Sleeping Beauty the story isn't about the richness or peril, it's about her sleep, deep and dreamless until she is awoken.

In some ways, Sleeping Beauty is a difficult character to empathise with as she seems entirely the passive victim in her story.  She is grasped by fate, by inevitability, and she has no part in her curse nor in its cure, unless you count her beauty.  Mind you, it is a story I love because sometimes in life somethings are unavoidable, they just happen to you and there is nothing you can do.  What Sleeping Beauty tells us that one way or another, everything will be alright.

Tomorrow I have some pictures for the shoe-loving girls among us...
Posted by Kirsty Stonell Walker at 21:33