The Romance of Fable: Cinderella

About the same time as we saw Maleficent in May, I saw a trailer for a new Disney film, due out next year.  See if you can guess what it is... 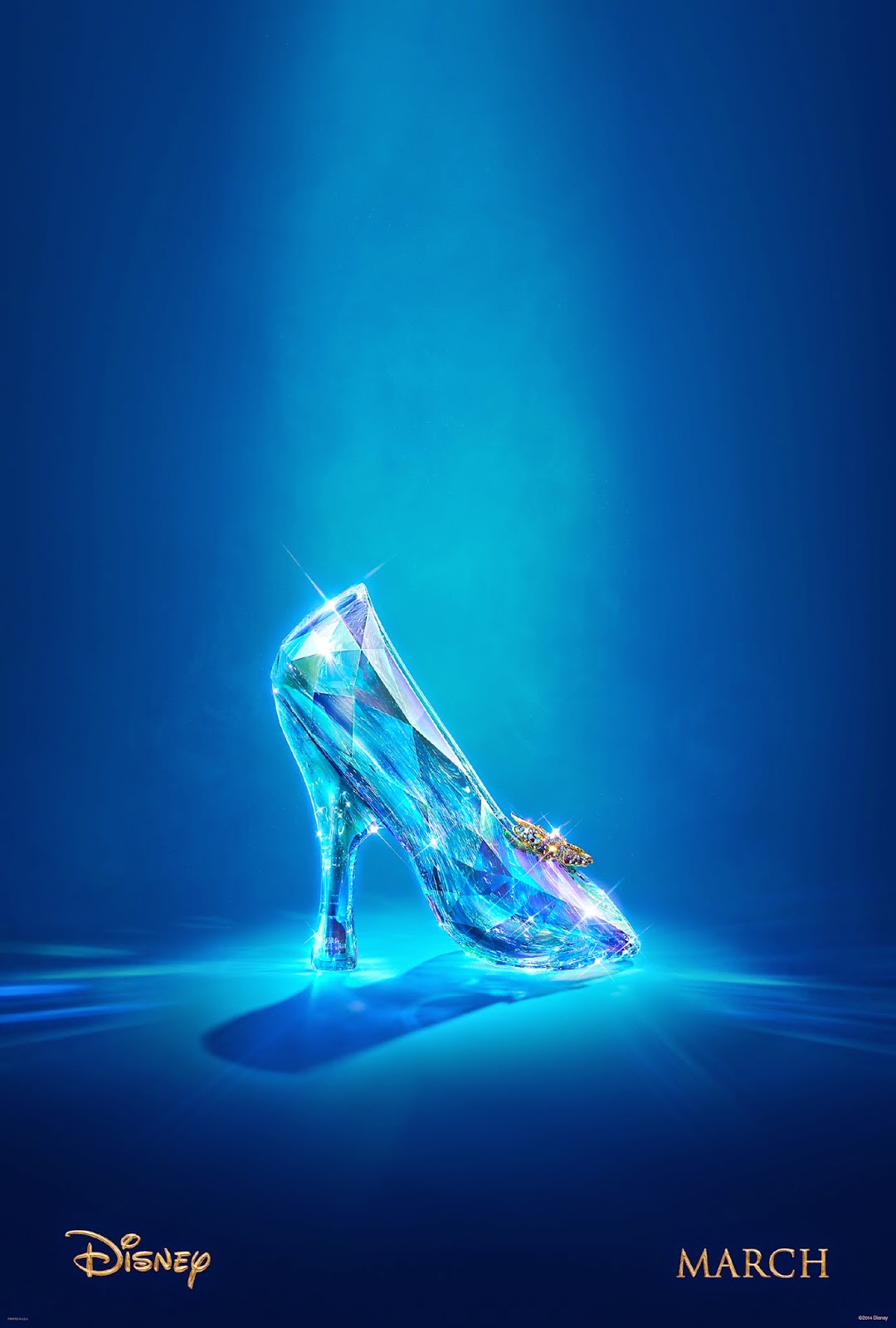 Okay, it's not exactly a toughie, even if I hadn't given it away in the title, but no shoe is so iconic (save possibly the ruby slippers of Oz) as the glass slipper of Cinderella.  I have questions about comfort and practicality, but that is a very beautiful shoe.  The Victorians agreed it seems, as the images of Cinderella were widespread and plentiful...

Unlike yesterday's Sleeping Beauty images, there are many, many moments in the Cinderella story that are ripe for illustration.  I was especially intrigued to see the images of the young girl pushed into her life of drudgery after her father's death.  Millais' little girl is pocket-sized elegance in her grubbiness.  I love the strange juxtaposition of the broom and the peacock feather and the little mouse on the floor (is that the same little mouse that appeared in Mariana?), all foreshadowing her future.

Similarly, Valentine Prinsep goes for the grubby girl in the kitchen vibe, and throws in a pumpkin for good measure.  There is a quality of being forgotten, hidden in the kitchen as she is tucked around the corner keeping the fire alight.  Who is she looking for?  Is she being summoned by the ugly sisters or is her fairy godmother twinkling down from wherever fairy godmothers come from?  Where do fairy godmothers come from?  Is it Vegas?  I never really thought about it before but they have to hang out somewhere when they are not granting wishes.


Talking of the ugly sisters, check out these two.  Remarkably un-ugly on the whole, but then ugly isn't always on the face, just to come over all deep for a moment.  In fact Cinderella's sisters are very beautiful indeed and she is merely in the background, holding the mirror.  Without the title, the edge would be lost because they are just pretty, slightly vain young women.  By knowing they are Cinderella's sisters, another layer is added.  Exactly how vile are they, considering they are so lovely to look at?  Terrifying stuff if you start to think about it.

Right then, trotting along with the story, here we have the Fairy Godmother.  I was expecting someone taller but that might be rude and the sort of thing that doesn't get your mice turned into horses.  I don't mean to nitpick but I'm hoping that Tiny Godmother doesn't pouf up a carriage and horses in the kitchen. Look at the doorway and then look at the pumpkin. Take it outside, Tiny Godmother, take it outside.


So, Fairy Godmother has been and we have a lovely new frock.  I love this illustration by Beardsley, partly because Cinderella seems to be rocking the New Look fifty years early.  It almost seems to be a picture from Alice in Wonderland, it has a very 'Red Queen' feel about it.  Also, the slippers aren't exactly eye-catching, but possibly if they are glass then they would look like that. They are rather too 'ballet pump' for my tastes and we all that I can't wear a ballet pump, I'm only two generations away from the plough for heaven's sake. Mind you, if they have a heel you risk the whole 'clear heels' vibe and that is entirely another way of attracting men.  Either way, she did enough to pull a prince...

So, you've worn the frock, you've gone to the party in a vegetable driven by rodents and pulled royalty.  Then disaster!  Midnight and it all goes back to being mice and rags and stuff.  Oh well, one night was pretty good.  But you left behind a shoe which inexplicably didn't disappear or turn into a rodent or vegetable!  Let's not over-examine the plot hole because this is where the magic happens.  The prince can't forget you, mainly because you are a chick in glass shoes, and he brings the shoe house-to-house in order to find you.  Redgrave gives us the exciting moment when Cinders comes forward to try on the shoe in front of an audience of her nasty family and assorted townspeople.  Lovely.  Plus Cinderella appears to be wearing a quilt.  Ho hum.

In some ways the Victorian's love of Cinderella is an interesting contradiction.  She is a social climber who uses magical deception in order to disrupt the status quo and snare a prince, but let's just ignore all that and concentrate on the romance.  I suppose they liked the themes of hard work and goodness being rewarded, of evil deeds not paying off and nice people ending up on the throne.  The idea that the lowest in society can be the most worthy and therefore the most desirable is also played out in stories like King Cophetua and his Beggar Maid, but how well the Victorians took to women who married so far above them is another story for another day...

Posted by Kirsty Stonell Walker at 21:51