As we approach the centenary of her death, I was looking for some ways to look at Jane Morris again, to see how we see her now.  I thought a good place to start was how I saw her, after all she does appear in my upcoming novel...


My novel is an ‘imagining’ of Alexa Wilding’s life between 1865 and 1882 (that is to say we don’t know that much so I filled in the gaps with what we do know).  Not only that, it is actually a novel about people we do know a great deal about, or at last we think we do.  The wonderful thing about Alexa, from my point of view, is that she entered Rossetti’s life at a fairly crucial point in his downward spiral and remained there until his death.  She was a quiet presence and the things she must have witnessed astonish me.  I wish she had kept a diary.  She went to Kelmscott both times and she went to Bognor as Rossetti and Jane began the end of their relationship.  She visited Fanny, she visited George Price Boyce.  Let me just take a Boyce moment… 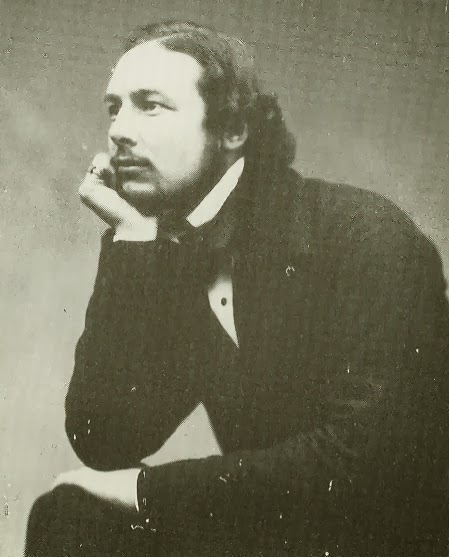 That’s better.  Anyway, it’s all very well and good writing about Fanny Cornforth, I have a fairly clear picture of her in my mind, but Jane Morris?  Lordy, where to start...?

When I came to write Jane, the thing I wanted to avoid was playing favourites to Fanny.  Jane has always been a villain for me because she ‘stole’ Rossetti away from the woman who dedicated her life to him.  Now, I know it isn’t that straightforward, but that is definitely how Fanny saw it.  Jane had a husband and also had an ardent lover.  That’s just greedy. 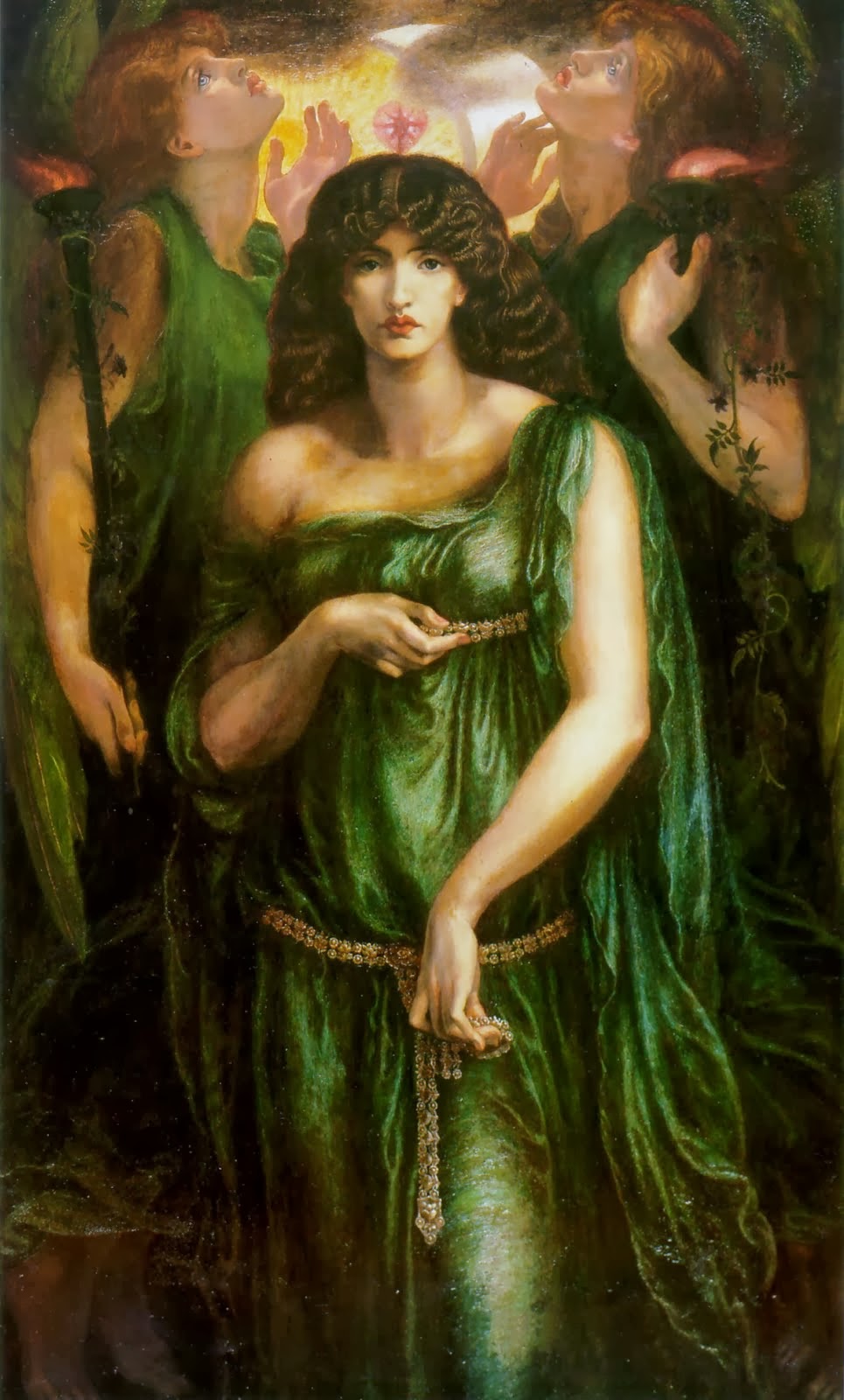 around Jane, certain things stand out.  Her silence, her presence, and oddly, her kindness.  It’s hard to level the brooding, punishing goddess of Astarte Syriaca with a woman who would welcome you into her home, but it seems that Jane was polite, kind and welcoming to people.  She also was nobody’s fool, her letters make that very clear.  But then again, how can that be the same woman who cause suffering to her husband through the foolish shenanigans of Kelmscott?

It is impossible to think that Alexa would not have been told anything of Jane before she set off for Kelmscott in 1871, she knew Fanny for goodness sake.  Also, Alexa would have noticed (if she didn’t know before) that Mrs Morris was there without the benefit of Mr Morris.  I am happy to doubt whether or not Rossetti and Jane’s relationship was physical (hydrocele, ouch!) but they certainly had an emotional affair and that is bad enough.  Alexa was there and would have had to tramp through the house every day to reach the studio.  What did she notice?  One thing I noticed when I was there last was that if Jane or Rossetti wished to liaise, one or other of them had to go through William’s bedroom to meet.  Now that is horrific.

So, putting pen to paper about Jane was damn near impossible to start with.  I read and enjoyed The Wayward Muse by Elizabeth Hickey but that is very openly sympathetic to her, for obvious reasons.  Just as Alexa threatened and pretty much ended Fanny’s reign as Queen Muse, then Rossetti’s obsession with Jane must have impacted on Alexa.  Alexa was barely into her twenties when she went to Kelmscott and so I suspect she may have felt intimidated by the woman who had cast such a spell over her employer and friend.  If Rossetti was mad then part of his madness was Jane, by which I mean the 'Jane' who existed on his canvas and the sly gossip of his friends.

So here is a passage from my novel A Curl of Copper and Pearl which shall be released soon (fingers crossed).  Alexa travelled to Kelmscott during a blistering hot summer to pose fro Rossetti who is recovering from a breakdown following the retrieval of his poems from Lizzie Siddal’s grave.  Alexa stayed in the house for some time, only hearing the occasional footsteps above her, or the swish of a skirt, but never seeing Jane.  Her curiousity is at a pitch when one afternoon, May and Jenny, the Morris daughters, suggest a game in the garden to relieve the oppression of being indoors.  Alexa and the girls do cartwheels on the lawn and suddenly, there beside Rossetti, watching the game, is Jane Morris...

“I felt rooted to the spot, the girls rushing past me to greet their mother. She looked down at them and her mouth curved to a smile as she spoke, their eyes rapturously on her. Rossetti’s eyes also gazed at her face, beguiled, ensnared, and utterly devoted. I looked at her and I felt afraid. The sky blackened, clouds that had scudded with summer breezes gathered, and the air in the garden thickened ominously. Her eyes once more rose to mine, causing my breath to hitch as I took her in. Both girls were pressed to her sides, her hands, such long, pale hands, resting on their shoulders in perfect balance. Her face, again such frightening symmetry, was dark, boldly struck with full lips, a straight nose and eyes fringed with lashes like coal dust. Her kinked, dark hair rose like a halo, a massive mane that tumbled and hung down her back. Her dress was a glowing jewel blue, and her tall frame carried the acres of fabric effortlessly, with no curve to ruin the flow of the fabric. We were just staring at each other, neither moving to join the other, until finally Rossetti waved me to his side, with a little impatience.
‘Janey, this is Alice Wilding,’ he announced, softly, warmly. She nodded and I tried to smile. Her eyes flicked from mine to the house.
‘I hope you have been made comfortable.’
I was surprised at her concern, it sounded genuine and rather mundane, when I expected her lips to part and some message of truth to fall from them. Her voice too, deep and with the same faint burr of country I had heard in our driver, but covered with gentility, with a need to conform.
‘Thank you, yes.’ I rushed, sounding stupid and a little guilty at my frozen hostility. She nodded, appearing relieved.
‘Good.’ The word appeared, surprising me.  As if there was a need for response, always a need for response to fill the shoes of the silence scattered in her wake.
‘Thank you,’ I replied, for want of something to add, to rejoin to her. She looked at Rossetti, his eyes barely flickering from her face, with such devotion. For a moment, I thought she looked amused, as if she disbelieved the passion of her admirer, his ardour was a joke they were sharing. It was carefully covered beneath her hooded eyes, and suppressed on her blooming lips. She turned and walked back to the house, this time with us all following her, almost powerless to resist. I was the last of the party and just as I stepped through the door, the heavens opened.”

Join me tomorrow for a surprising, modern look at Jane…
Posted by Kirsty Stonell Walker at 15:15

Email ThisBlogThis!Share to TwitterShare to FacebookShare to Pinterest
Labels: A Curl of Copper and Pearl, Alexa Wilding, Jane Morris