Well, here we are, all on lock-down and so there is no better time to get some reading done.  With this in mind, here is a review of a new biography sent to me recently.  You've probably not heard of the subject, and she is definitely worth our attention.  Ladies and Gentlemen, may I introduce you to Nelly Erichsen, A Hidden Life... 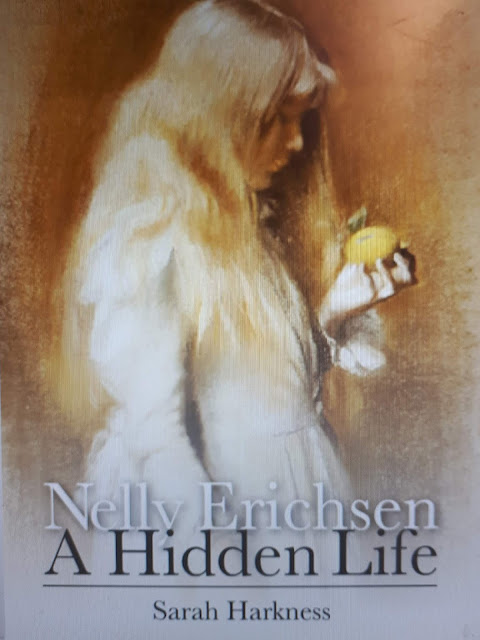 Nelly's life actually reminded me of a few other of my favourite Victorian artists, and it was interesting to see how her life and experiences differed and where her life took her, for better and worse.

Her father was an ambitious Scandinavian named Hermann Gustav Ericksen who came over from Denmark in 1848.  He settled in Newcastle Upon Tyne, in Byker (home of the lovely Grove).  As a motivated and talented young man, he was soon involved in the new business of telegraph and was involved in the laying of cables between Northumberland and Denmark.  In 1854 he married Ane (or Anna as she was known) who was from the wealthy Danish 'Suhr' family.  Their family swiftly grew...


Nelly was the fourth child, and third daughter, born  in 1862.  When she was 8, Hermann had the opportunity to move to London and so the family relocated to Tooting in South London to one of the leafy suburbs that the middle-classes flocked to in the ever-increasing capital.  Although she was home educated, like all good middle-class daughters, Nelly showed an aptitude and enthusiasm for art.  In 1880, Nelly gained entry to the Royal Academy school.  This reminded me very much of Eleanor Fortescue Brickdale, who had to wait until she had grown-up before getting the chance of education in an institution.  I wonder how this affected these girls who had led quite sheltered, but perversely focused experience of education to suddenly be part of a class, not the sole focus of a teachers attention.

In 1883, Nelly was one of the 64 signers of a letter in protest that the Royal Academy did not allow young ladies to attend life classes.  Despite this inequality, Nelly did rather well at the RA, winning a silver medal for a 'Drawing of a Head from Life'.  She was the only female prize winner in 1884 out of 18, which draws attention to how the lack of parity in the system at that time impacted the women's chance to advance.

I particularly enjoyed the chapter covering the 'extra woman' problem of the 1890s, when it was noted (by the sort of people who worry about these sorts of things) that there were more women than men.  I was relieved to hear that although this sort of thing is very concerning, the male brain is 5oz heavier than the female brain, therefore there was actually more man-brain than woman-brain, by the pound.  Reason would therefore prevail. Well, thank goodness for that!  However, it did mean that it was not a certainty that your lovely middle-class daughter was guaranteed a husband, so you had better educate her because no man would be along to take her off your hands...

Luckily, Nelly was  rather talented and resourceful, so rather like Brickdale, she turned her hand to book illustration, such as the above image from The Story of Prague (1907), starting with We Four (1881) by Mrs Reginald Bray.  Nelly travelled in Europe and continued to exhibit widely with Royal Society of British Artists and the Society of Women Artists.

A very enjoyable section was about Nelly's interactions with George Bernard Shaw.  He was a tad git-weasel-ish on the whole, whatever you think of his writing.  It seems that while he was not getting married to May Morris, he was also not getting married to one of Nelly's friends, Bertha Newcombe, whilst pursuing Nelly.  Nelly, being smart to his sort, made sure she had a friend over whenever Shaw invited himself round for tea, much to Shaw's dismay.  Really, when I get my time machine, GBS's name has been added to the list of people who I need to visit and have a bit of a chat with.  For heaven's sake.

The biography is stuffed full of lovely images which is brilliant as it is hard to find illustrations of Nelly's work online, certainly not of the same quality as appear in A Hidden Life.  Nelly's art has a lot in common with both Pre-Raphaelite works, in such pieces as The Magic Crystal, and a sort of realist/idealist rural school in works like The Orchard...

Sadly Nelly did not have the long and successful life she possibly deserved.  Remaining unmarried meant she continued to work, unfettered by a husband, but the First World War intervened and she travelled with friends to help refugees in Bagni di Lucca in Italy, establishing a school for children displaced by war.  When the Spanish flu hit the region in 1918, Nelly was one of the casualties, just as the Armistice was called. She died at only 55 years old. 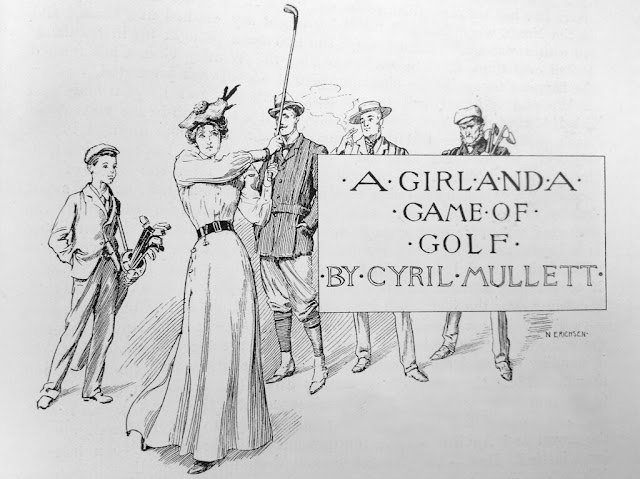 This is a charming book, full of detail and interest.  Nelly's story is fascinating and typical in part of many of the young women of her age, educated and independent, in a fast-changing world.  She was not only a thoroughly modern woman, but responsible for some interesting images of these bright and brave young ladies, taking on the expectations of society and achieving so much.

Nelly Erichsen, A Hidden Life by Sarah Harkness is available now from Encanta Publishing, from Amazon (UK) and selected bookshops.
Posted by Kirsty Stonell Walker at 09:13