Things ended on a rather positive note yesterday, which was nice.  Shall we crack on with today...?


For goodness sake.  Where to start?  Well, if you were looking for a painting that contains not just one dead bird but five, then this is surely the image for you.  Also, it's a corking selection of expiring avians - there's a lovely starling, a recently deceased blue tit (my daughter just found out there were birds called tits and doesn't know what to do with herself), a red one, a yellow one and the one in the corner - sorry, we seem to have reached the end of my bird knowledge, which was admittedly quite near the beginning.  Anyway, there is also some nice foliage and a nest full of eggs, presumably all dead too.  Blimey, it's like the end of Reservoir Dogs only with garden birds.  That would actually have much improved the movie.

The best thing about this image is that it is subtitled 'For a poem'.  Crikey, are there may poems about a load of dead birds?  I mean, I know Emily Dickinson wrote 'Hope is a thing with feathers' but that really doesn't seem appropriate here. 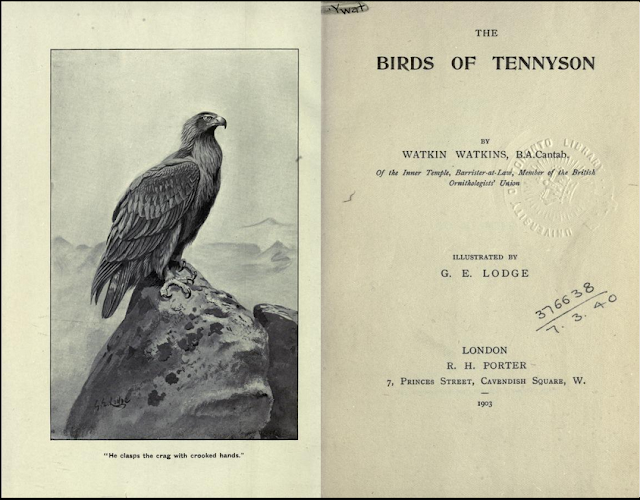 Tennyson likes birds in his poems and has one called 'The Dying Swan', which is a bit more like it, but his poems tend to have nature, even in death as a positive thing, a renewal, that sort of thing.  Maybe our pile of birds in the painting is secretly a very hopeful image and Emily Dickinson wasn't far off the mark.  If you fancy reading The Birds of Tennyson, it's available here...


Eloise Harriet Stannard came from a family of artists in Norwich, and she is one of the notable female members of the Norwich school.  She specialized in still life, including the very seasonable one above.  Still life isn't really my thing but that is a pretty decent orange.  It is far preferable to the dead bird picture, from the unspecified poem.  Look, this is ridiculous, I'll write a poem for it...

All the birdies went and died
Upon this sobbing Christmastide
So farewell blue tit, finch and starling,
But such is birdie life, my darling.

See you tomorrow...
Posted by Kirsty Stonell Walker at 09:50