Review: Queen Victoria and the Men Who Loved Her

As you might recall back in 2014, Robert Parry published a book of biographical sketches of Queen Elizabeth I (reviewed here) and now I have the pleasure of reviewing a second such book, this time concerned with the gentlemen in the life of Queen Victoria... 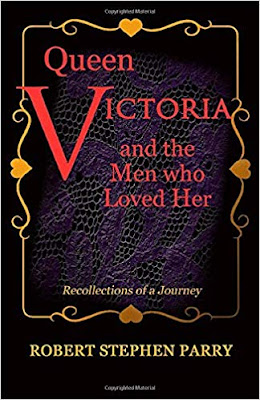 I think most people will feel that they have grown rather more familiar with Queen Victoria over the last couple of decades, what with this...

...and endless quantities of this...


...so what else can we be told about Queen Vic and her loves?  Well, often it's not what you're told, but how you are told it and Queen Victoria and the Men Who Loved Her provides a perfect dip in and out of the various characters in the Queen's long and eventful reign.


'Love' is quite a complicated term; some of those mentioned in the book did indeed love Victoria in the traditional sense, but some, like the odious John Conroy were in the Queen's life, arguably, because they loved themselves.  Did he have the Queen's best interests at heart? He would have no doubt argued so, but history has not been kind to him or Victoria's mother who allowed the interference (I am reminded somewhat of Catherine Parr and Thomas Seymour).  Life and love is contradictory sometimes, and Conroy was certainly as important to Victoria as some of the men she thought kinder of, but by including him it is possible to see the impact he had in her life and find echoes in some of her later, and happier, relationships.


I'm not sure why I have such a soft spot for Disraeli but I'm in good company as Queen Vic liked him too, apparently.  Maybe we both share a thing for a man in a velvet jacket.  Either way, his wit and charm is something we sorely lack in politicians at the moment so enjoy a bit of escapism to when our Prime Minister was also a novelist, and people liked him.


Much has been made since the release of Her Majesty Mrs Brown back in the late 1990s, of Queen Victoria's 'love affairs' with men after the death of her beloved Albert.  What those episodes tell me is that even though she was Queen, the most important person in the country, people felt that they could challenge her about who she spent time with, as if any man, even a servant, would somehow exert power over her, a mere woman.  I don't for a moment assume that Queen Victoria was impervious to folly, but echoes of Conroy's control over Victoria must not have been lost on the Queen, and I wonder if that was part of the reason she dug in her heels.


Despite this being a book about her relationships, I was struck by how solitary her life was, because in the end, she was Queen, alone.  This is reflected in the narrative conceit of the book, a traveller alone, seeking company in a group of talkative, knowledgeable strangers.  Many of the relationships in the book are ones that were not exactly of Victoria's choosing, for example Conroy, but also those of her Prime Ministers.  Others were ones that happened by accident, especially so in the case of her servants.  The love of her life was only in her life for a small amount of time in proportion to the time she spent mourning him.  Her relationships with her children and grandchildren is reflected in her position as not only a mother, but also the Monarch, and perhaps she gets as harsh a judgement as working mothers seem to still receive.  We still, it seems, are fascinated in Victoria, the Queen and the woman, and how exactly she managed to be a figure of such power and still subject to such mixed and tender emotions.


Queen Victoria and the Men Who Loved Her is available now from Amazon UK and USA
Posted by Kirsty Stonell Walker at 10:47