As you will no doubt remember, back in February last year The Doll Factory, the debut novel of Elizabeth Macneal, was the subject of much hub-bub after it was acquired by Picador after a 14-way auction.  What caught my attention was the subject matter - the Pre-Raphaelites.  Picador were good enough to send me a review copy in the autumn but I wanted to delay my review until you were able to pre-order a copy and so, a few weeks before it is released, here is my review... 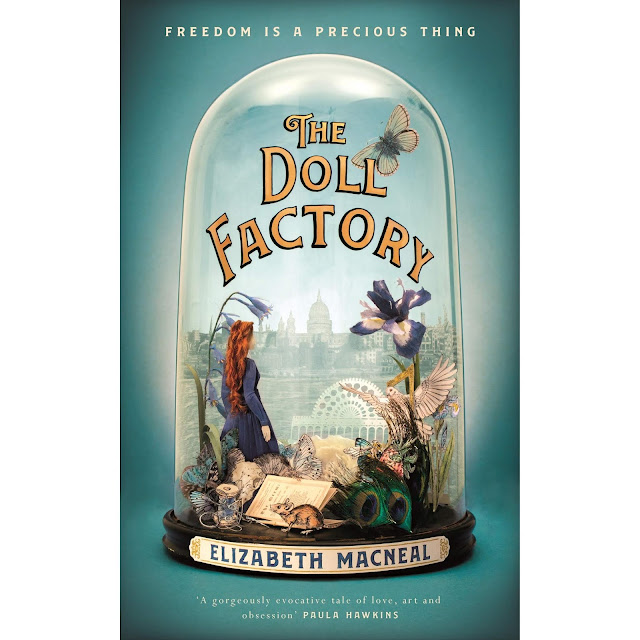 A quick summary of the plot - The year is 1851 and sisters Rose and Iris work in Mrs Salter's doll emporium. Both have problems with their physical selves - Iris has a twisted collar bone and Rose is deeply pock-marked - and they spend their days creating perfect little figures for rich families.  On the sly, Iris pursues her dream of being an artist, painting herself at night by candle-light.


Into her life comes Silas Reed, collector of specimens and stuffer of animals.  He has an eye for a beautiful creature, and Albie, his snaggle-toothed urchin assistant has just the one for him.


At the same time, Louis Frost is looking for a new model.  He's one of those Pre-Raphaelites we all know and love (I do feel sorry for Walter Deverell who always gets replaced by some made-up bloke) and he's on the look out for a model and sends a relative in to find him a shopgirl.  Sound familiar?


Following the path of made-up Pre-Raphaelite novels such as The Crimson Bed (2010), Mortal Love (2005) and That Summer (2017), not to mention 'real' Pre-Raphaelite novels like Ophelia's Muse (2018) and Pale as the Dead (2003) (and mine, of course), The Doll Factory brings a lot of the grimy sensibilities of novels such as Crimson Petal and the Rose with urchins, prostitutes and an astonishing array of reasonably priced false teeth.


There is a continuing theme of being on display through the book and being your 'display' self, like a doll or a painting - perfect and frozen.  The juxtaposition between the dolls and the stuffed animals is very disturbing, especially as you are not spared any detail of where the animals come from.  Arguably there is a commentary on the Pre-Raphaelites insistance on being 'true to life', but demonstrably not doing so when the single-toothed Albie is dressed in a pretty outfit in the painting, a far cry from his actual existence of hiding under his prostitute-sister's bed as she services clients. 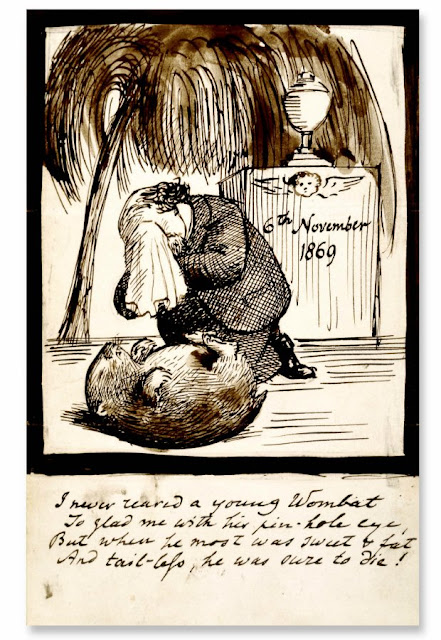 Macneal has obviously done a lot of research for the novel as it is full to the brim with facts: we have The Germ, wombats, the PRB (please ring bell?) and even a girl who can crack walnuts between her teeth!  Heavens!


There is also a hint that surface image is not what you think - Iris frets for the first part of the book about her deformity, and then, when it is seen by others, it is not really commented on and certainly does not stop her being attractive to Mr Frost. This might be alluding to the intricate detail of Pre-Raphaelite paintings, obsessing on every little thing but when viewed with a step back, it all seems normal.  The only one who dwells on her collar bone is the obsessive, unable to move anything but closer.


This is not for the faint-hearted as there are some moments that will make you exclaim 'lawks!' and almost drop your sherry, however I thoroughly enjoyed it and read it in a matter of hours.  Perfect summer reading for people who prefer dark obsessions and stuffed mice to sex and shopping.  On the publicity material I was sent it made an illusion to another famous novel which was a massive spoiler as you then knew exactly where the plot was going from the beginning which was a shame because I'm not sure how surprised I would have been had I not known, so I will spare you that.  However, it is a happy inclusion into the Pre-Raphaelite fiction library.

The Doll Factory is out on 2nd May and is available to pre-order now on Amazon (UK) and in August for the USA.
Posted by Kirsty Stonell Walker at 20:15