As many of you will know there is a new book out to add to the growing shelf of Pre-Raphaelite Fiction.  Ophelia's Muse follows the story of Elizabeth Siddal from her life in the hat shop where she was discovered by Walter Deverell, through her burgeoning career as an artist, her struggles with her health and, of course, her tumultuous love life with a certain D G Rossetti.  I caught up with the author Rita Cameron to find out how she discovered Pre-Raphaelite art and what it was about Elizabeth Siddal that intrigued her so much...


Q. What brought you to the Pre-Raphaelites?
I always loved Pre-Raphaelite painting – I have very fond memories of visiting the Tate and other galleries with my parents when I went to London as a child.  The pictures are so lush and evocative. I made up stories to go with the paintings, and imagined what it would be like to be one of those sad, gorgeous women.  But oddly enough, I never delved into their actual stories until I started flipping through an art book on the Pre-Raphaelites in a bookstore display (on my way to buy textbooks for law school!). I chanced upon the story of how Lizzie Siddal sat in the cold tub while modelling for Millais, and I was instantly hooked. I had to know everything about her, and by extension, the Pre-Raphaelite circle.


Q. Why do you feel that Millias' Ophelia remains so iconic?
First of all, it’s an incredibly beautiful painting, despite the tragic subject. The level of detail in the dress and the flowers, in each leaf, is exquisite. And then, in this lovely, peaceful setting, there is the shock of seeing Ophelia, breaking the surface of the water, breaking through the canvas almost. It’s such a private moment, and yet it’s hard to look away. I can almost feel the pull of that heavy gown, the inevitability of sinking. She really appears to be right on the cusp of death – not quite there and not quite gone, and the immediacy of that is very compelling.


Q. How did you come up with the title of your book?


Lizzie is often thought of as Rossetti’s muse, and she certainly was a source of inspiration to Rossetti and the other artists who painted her.  But I liked the idea of linking her more closely to the painting for which she is most famous, Ophelia, and leaving the painters, for the moment, in the background. I hope that the title hints at how perfectly suited she was to inspire such a transcendent painting, and suggests that she lived a life that echoed that rivalled Ophelia’s in its tragedy.

Q. Your sympathies obviously lie with Lizzie yet we get Rossetti's point of view too - how difficult was it to balance that?


It was a struggle.  In my first drafts, I think that I was too hard on Rossetti - he came across as too much of a villain. And the fact is that I really do have a lot of sympathy for him, and I wanted the reader to see the person that Lizzie fell in love with -  the mad, romantic painter and poet who put art first and followed his passions. I like to imagine that in this day and age, they might have met, had a wild fling, and then both moved on to other pursuits and relationships.  But in their era they were trapped, to a certain extent, and that was a large part of the tragedy.


Q.The debate as to whether or not Lizzie intended to kill herself continues even after all these years - how difficult was planning that scene?


I’m learning that in writing historical fiction, it’s often necessary to take a side where there is a debate about what may have happened in the past, in order to move the plot along or flesh out a character. But in this instance, I felt that there was room for ambiguity.  I imagined Lizzie at this point as lonely, distraught over the stillbirth, ill and addicted to laudanum.  In this confused and desperate state of mind, I thought that she might have been trying to bring an end to her pain and depression, without making a definitive choice to end her life.


Q. You feature Annie Miller and Fanny Cornforth in your book but not Jane Morris - how tricky was it balancing all Rossetti's women?


I’m afraid that Rossetti’s other women got short shrift in the book, and in a way Annie Miller and Fanny Cornforth stand in for all of his other romantic affairs.  Jane Morris could have been included, but I was trying to keep the book focused on the relationship between Lizzie and Rossetti, and at a certain point I felt that it made sense to pare down some of the characters. I tried to see Rossetti’s other women as Lizzie might have seen them, as a threat and an indictment of her own perceived failures, more than as individuals in their own right.

It’s so hard to pick just one, but at the moment I’m really loving Mariana and The Bridesmaid, both by Millais.  He has such a knack for capturing women in private moments of reflection.


Q. What are you writing next?
I hate to talk about what I’m writing before it’s almost done, but I have certainly been looking at a lot of Millais’ paintings recently.

In Ophelia's Muse Rita brings us Lizzie Siddal, a Victorian girl torn between her art and the man she loves but is destroying her.  The emotional rollercoaster of her life gets equal billing with the art that surrounded her, often painfully echoing the love and tragedy in Lizzie's life.  As I said at the end of A Curl of Copper and Pearl, you should never mistake fiction for fact, and Rita weaves a story around the paintings we know so well and the woman who was the first, and for many the most important, Pre-Raphaelite supermodel. It is certainly a worthy addition to the Pre-Raphaelite fiction genre, and perfect for those long winter evenings. 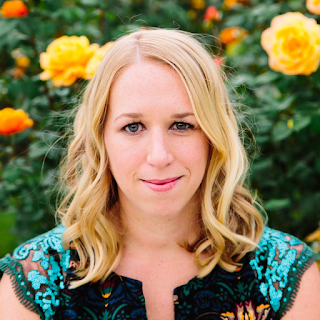 Many thanks to Rita for her answers and for the review copy of her novel.
Buy Ophelia's Muse here (UK) or here (USA) or at a bookshop near you!
Posted by Kirsty Stonell Walker at 10:31