Woman, Red in Tooth (and Claw)

There is a parental truth, universally acknowledged, that nobody likes a biter.  Most children go through phases of boisterous play-fighting, even the odd kerfuffle in the school playground, but if your child is a biter, then a special sort of hell awaits you. Lily has only once bitten another child.  She was around three years old and I was escorted into a separate room to be given the grave news that my child had bitten one of her fellow schoolmates.  Turns out the little girl who got bitten had been poking Lily in the mouth, just to see what would happen.  As it was, both parties learnt a valuable lesson, but I remember the shame I was required to feel as the mother of a biter.

I am sharing this shameful family secret with you for a reason and that reason is a pair of beautiful pictures by Anthony Frederick Sandys...

Both images date from the late 1860s, around the time when Sandys was most influenced by Rossetti.  The images are of his common-law wife, Mary Emma Jones, and in both pictures she is biting something.  Starting with Proud Maisie, the title refers to the poem 'The Pride of Youth' by Sir Walter Scott, where Maisie, eager for her wedding day, questions a robin about her future. He replies that she will be carried to a church by six strong men and the sexton would make her wedding bed.  He's talking about her death, the payment for her pride.  Maisie is eager but haughty which means the love, or indeed lust, she yearns for will be denied by her own foolishness.  She frustrates herself by being too much involved in herself.  The glorious mane of hair goes back in her own mouth and is bitten both as a sign of frustration but also an acknowledgment of her own desirability which she feels none are worthy of besides herself.  It has similarities to the illustration Sandys made for The Argosy (1866) (the image is entitled 'If he would come today'), for a poem about a woman frustrated by her lover's absence.  There is a hint of a snake consuming its own tail about her consumption of her hair, hinting that she will destroy herself by her actions.

In Love's Shadow, the woman bites on a posy of flowers consisting mainly of forget-me-nots or violets.  In preparatory drawings, she bites on honeysuckle, symbolising the bond of love, but the tiny blue flowers imply watchfulness and fear in love.  Presumably she has been given the flowers by her lover, but she bites them.  If her lover wished to remain unforgotten, something in the bared teeth and scowl makes the viewer wonder if the flowers are ironic, that it is the woman who fears being forgotten.  The small flowers of promised affection are greeted not with kisses but with a rather brazen snarl.  Here in her expression is love's shadow, the dark cast of love, inconstant in size, without form, but existent and rather feminine.  Love's shadow is feral, animalistic, female lust.

Animals bite people, in fact the very first biter was the serpent in the Garden of Eden.  Actually, no, that serpent didn't do the biting at all. The very first naughty biter was a woman.  Granted, she bit a piece of fruit, but it was forbidden fruit and she knew she wasn't allowed it.  Just like Sandys' girl, her bite was one of desire but her frustration was alleviated by her bite.  Her bite also resulted in disaster.  Women's desire damns mankind! The Daily Mail were right all along...

As I said to begin with, biting is more often associated with children.  A child who bites another child is a problem but there are images of proffered biting that give one pause for thought.

The little girl holds a jam tart in her hand while two boys look on covetously.   The girl looks fearful and unwilling to share her treat with the boys, one of whom is worryingly bigger than she is.  I think we can all tell how that will end.  The fact that she is dressed in glowing white, that her treat is ruby red, all point towards a deeper meaning.  It could be as simple as her love the boys wish to share in, but by the use of the word 'bite' in the title it seems rather more basic than that.  They want to take a bite of something that will destroy the whole.  She is right to hang on to it and not just give it away.

A slightly stranger affair is this image by Mulready where a young man carrying water jugs is allowed a bite of something from the hands of another young man.  Seeing as the picture has Italianate overtones I'm going with mozzarella cheese, as the substance seems to be white.  The water carrier bends to bite the cheese in a vulnerable pose - why was he not handed some cheese to taste?  His body-language seems submissive and he is watched by the others, except the two animals, the dog and the monkey.  The dog seems to belong to the water carrier, and he is looking uncertainly but with curiosity at the monkey, dressed in red.  This monkey is tame, but by threat of the whip, just behind its owner.  Monkeys often stand for lust and more specifically man's lustful side, this monkey, dressed as a human, is kept in check by force, made to behave.  His natural state is held in submission and he is not really a person, but an animal in masquerade.  Maybe the same can be said of our water carrier, his appetites held in check by another.

Rolling all our bad-girl Biblical stereotypes into one, Ford Madox Brown gives us Mary, the bad girl, biting her apple and looking naughty.  An unruly school girl, her hair wild and her earlobes dripping with red gems, this is a bad penny who is baring her teeth and biting that apple right in front of us.  For goodness sake, it doesn't get more blatant than that.  Images of bad children in Victorian England are predictably plentiful, but images of bad girls often have a sexual tinge with the misbehaving madam ripping her clothes or being provocative and Lolita-esque.  Images that promoted the idea of childhood sexuality confirmed widely held notions that girls held innate sexual knowledge, burgeoning and threatening to spill out.  This must have been a comfort to suitors and parents who rushed pubescent brides into marriage.  If girls are to display sexuality then it might as well be put to good use and be tamed by a husband.  When female sexuality is left unchecked, then all hell breaks lose...

Despite the archetypal vampire being male, visual interpretations of the creature in Victorian England were very much female: Ravenous women falling upon unsuspecting, helpless men and consuming their blood when they least expect it, when they are at their weakest. I don't believe it's a coincidence that the couples above are in intimate settings.  Burne-Jones shows very explicitly a woman attacking her victim in their bed, and Munch's victim is curled against a semi-naked woman who is bending to bite him.  The female vampire bites and consumes men in a manner that is tied very obviously to sexuality.  The women and their rampant, unequal sexuality weakens the men and is something monstrous. The woman who bites, who consumes will leave you reduced and you will beg her to do it.  As men, you understand the appetite, you have the more 'natural' consumption, but the images of female vampires warn you that a woman who wants sex is unnatural, destructive, something to fear.

The underlining message in these images is that a woman who bites unbidden is a thing of no control.  Her teeth close around things she desires as well as the shallow place-holders for her desire.  She bites apples, flowers, her hair and when she has the chance she bites men and draws from them their very life.  The sexual aspect of consumption is explicit in female vampires - she will draw her man into her in a perversion of the natural order of things, in an act of pure destruction without any hope of reproduction.  A woman that bites destroys her chance to fulfill her natural role in the world.  Woman as dominant destroyer is unnatural, yet hold an allure due to the promise of unbridled sexuality.  Far better that women receive the destruction, that their sexuality is slight and appropriate, and that they be grateful for the attention. 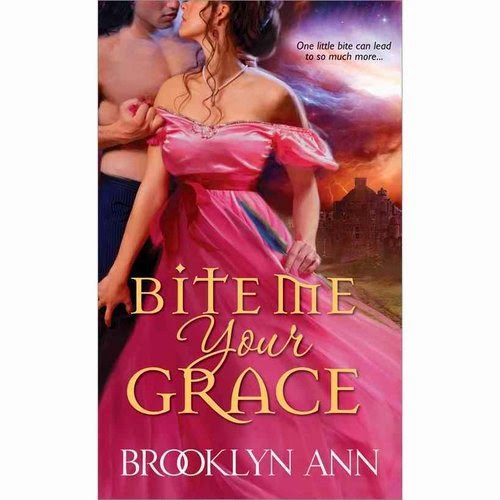 Posted by Kirsty Stonell Walker at 15:12