The Splendid Island of Doctor Geof

As some of you will know, I have just spent the better part of the last week at WorldCon, a massive Science Fiction convention held at the ExCel in London.  This was a work thing, I was promoting the virtues of English Heritage's lovely database of research reports (50 years of information now free to download!), but I had the pleasure of having a stand opposite the Island of Doctor Geof... 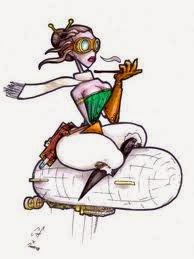 Calling Doctor Geof an artist seems inadequate as he has an entire world of bonkers mayhem around him.  His smutty, steampunk jollity is both gorgeous and hilarious, full of corsets, bustles and a proper obsession with tea.  Over on his website The Island of Doctor Geof you can see some of his work and buy his art and his fabulous patches, of which I purchased a splendid amount because they were so funny.

The lovely Doctor also drew my portrait on my warrant card for the First Tea Company... 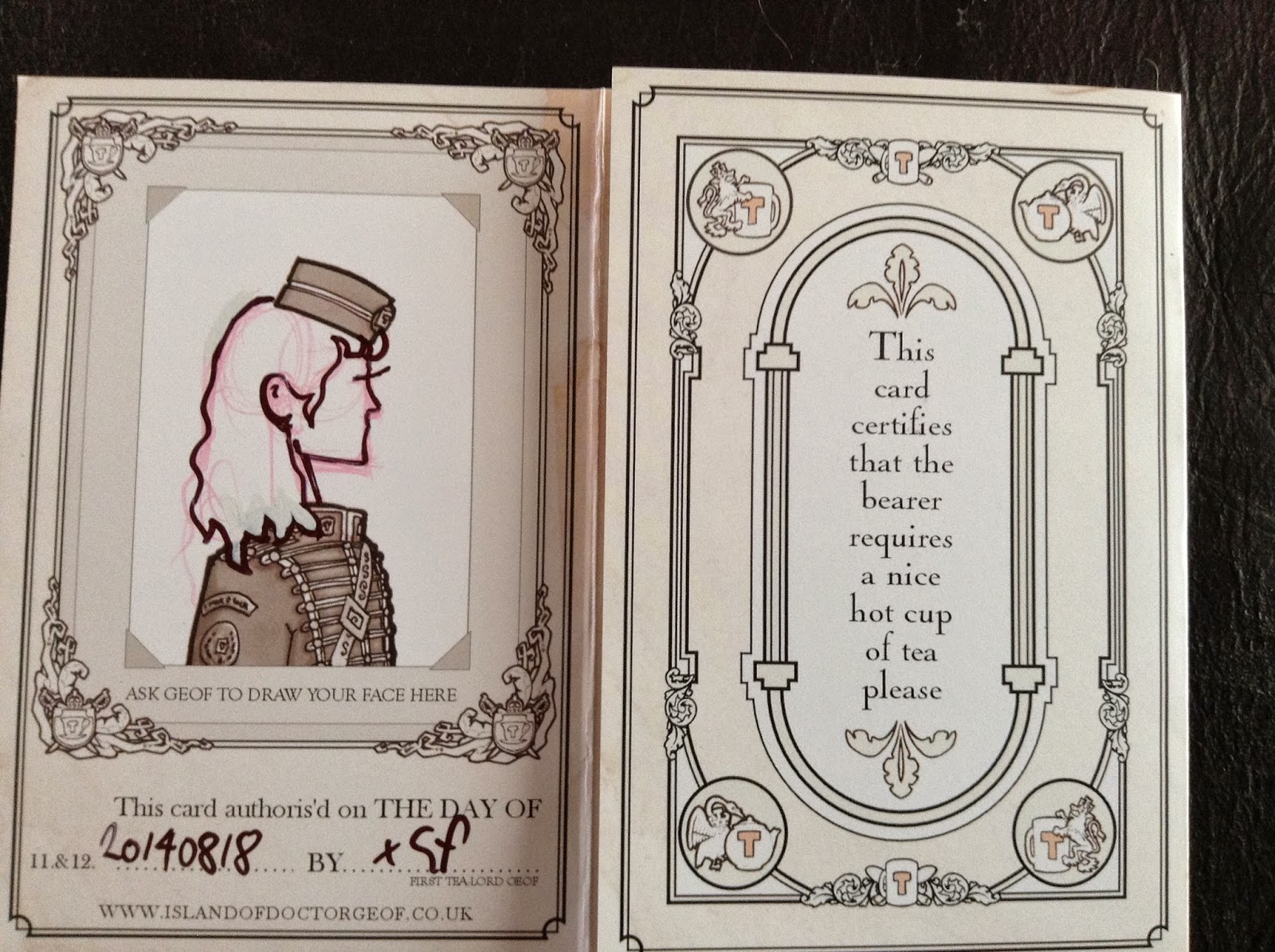 How can you resist any identity card that reads 'This card certifies that the bearer requires a nice hot cup of tea please'?  and my rank is 'Dark Chocolate Digestiveer, 1st class'.  Thoroughly civilised. 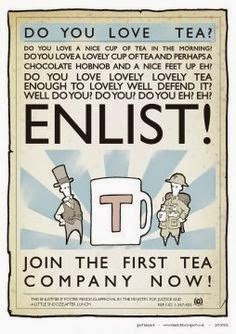 You know me, I'm a practitioner of what might be described as pouring gentle, jolly sauciness over what passes for knowledge and so I enjoy meeting others who brighten our lives with their talent and humour.  Anyone who produces posers that entreat you to 'Kill your Velocity, not an Air-Kraken!' is a bit of a genius in my world and welcome to stay.

If you fancy a bit of Dr Geof's splendid madness, he is part of the Longitude Punk'd exhibit at the Royal Observatory in Grenwich which runs until January next year.  He also is responsible for the Fantastical Steampunk Tea Museum under the Cutty Sark, which is open until the end of September.  Details of both exhibitions can be found on the Royal Museums Greenwich website here.

There is something magical about meeting people who are on exactly the same sort of off-kilter, bonkers wavelength as yourself when you least expect it, and one of the joys of running this page is that I get the pleasure of telling others about them.  If you are not easily offended and love a bit of saucy, tea-drinking, thoroughly English, made-up Victoriania, then take a trip to Doctor Geof's Island.  I guarantee you will like it there.

Plus he gave me a biscuit.  I'm anyone's for a biscuit.
Posted by Kirsty Stonell Walker at 18:08