I am freshly returned from the cinema after seeing a morning showing of the new film about Charles Dickens and his mistress Nelly Ternan, The Invisible Woman. 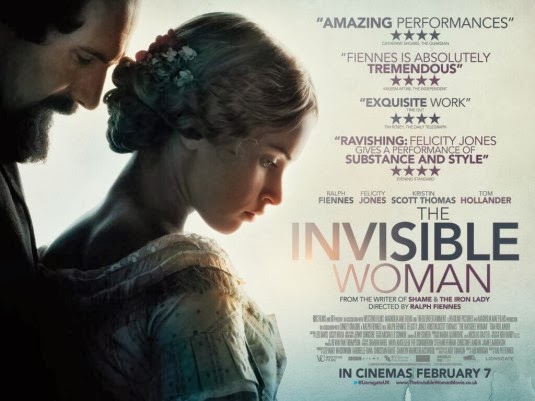 I've never had to do a film review before, how thrilling!  Well, to start with I loved this film, but it is not an easy story to watch.  I'll start with the positive stuff.

It is an extraordinarily beautiful film, but not in a showy 'gowns-and-carriages' sort of way, rather in the everyday detail of mid-Victorian Britain among the literary classes.  The world of actresses and writers is shown in detail, from the plush interior of the Dickens' home to the sparseness of the Ternan women and their 'digs' as they work around the country.  Fiennes and Tom Hollander (as Wilkie Collins) are perfect in their playful glamour, celebrities but so curious of the world and their place in it.  It seems understandable that they would still want to explore, to enjoy not a normal life, but a strange jumble of acting and mingling.  It is during one of these bouts of acting that Dickens meets Nelly.  As Dickens says 'She has something', and their relationship is born.  From an eighteen year old girl to a middle aged wife of a respectable Headmaster, Felicity Jones portrays a woman who chooses to live an 'invisible' life and has to suffer with the consequences.  Fiennes as Dickens is loveable, charismatic, childlike and callous.  He looks picture-perfect, physically as you would imagine, using the force of his personality to make you understand why people were so captivated.

The supporting cast is superb, as you would imagine.  Tom Hollander is understated and subversive as Collins and Michelle Fairley is fascinating as his mistress.  They are a marvellously simple foil to the main couple, having no problem with their scandalous relationship.  The Ternan sisters and their mother are all actresses and this frames their rather dubious position in society.  For me, the most heartbreaking character has to be Mrs Dickens, portrayed by Joanna Scanlan, showing a discordant note to the romance.  Really, she broke my heart. 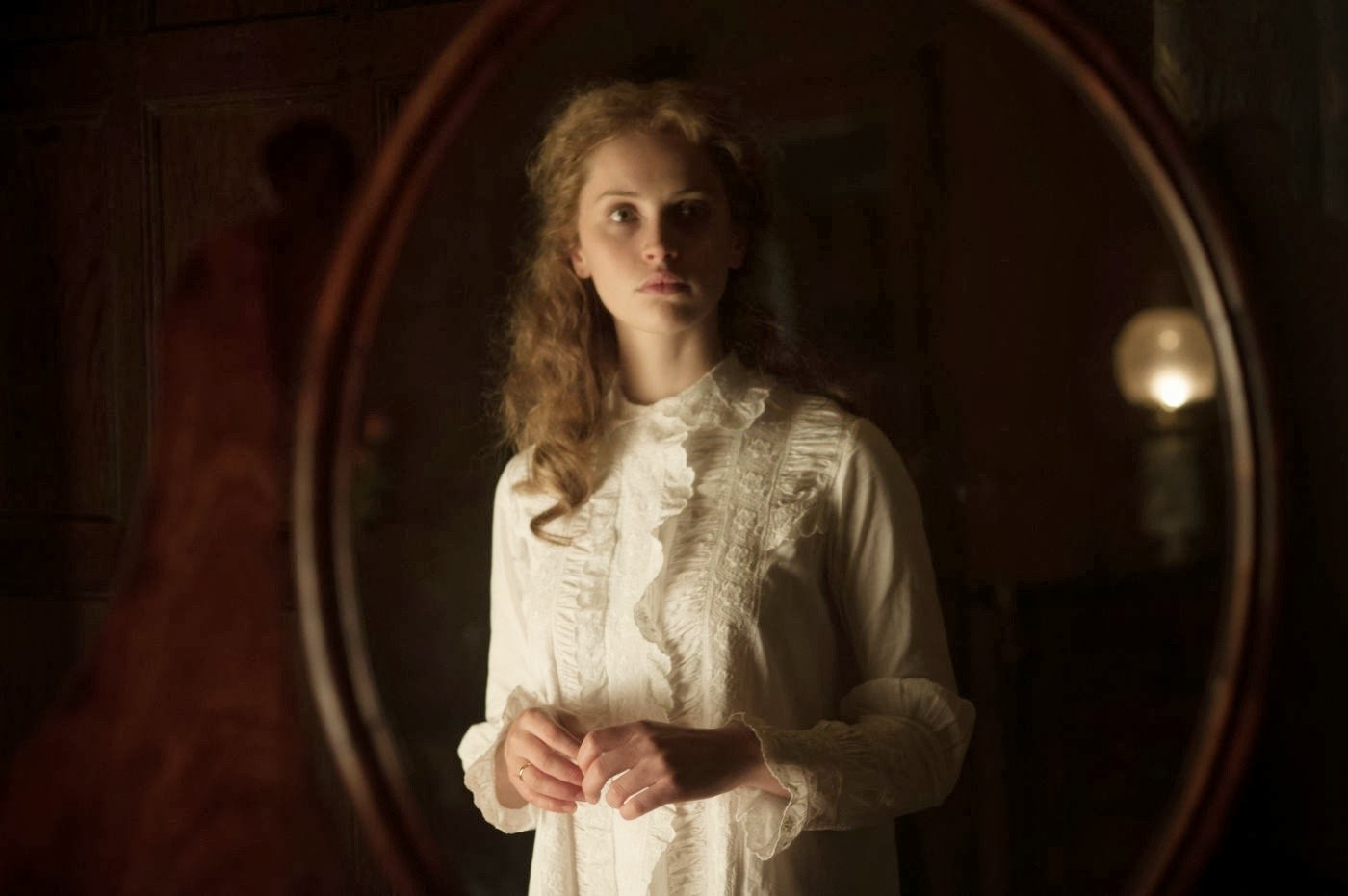 I could tell you how marvellous this film is, and it is, but there is more to it than just a fabulous costume drama.  For the likes of us, who like a nice bit of art, there are echoes of paintings within the films.  The most moving has to be the birthday party, which I felt referenced Frith's Many Happy Returns and provided, for me a very interesting theme to the film.  I felt that there was a stark contrast between the adult that people took Nelly to be and the child she actually was.  Children occur and reoccur in the film - the Dickens' children and grandchildren, the lost baby, the little lion.  Nelly is a child who is trapped in a woman's body.  Possibly that is true of all the women because how much control do they have?  They all are at the whim of Dickens who acts at powerlessness in a world where he is king. 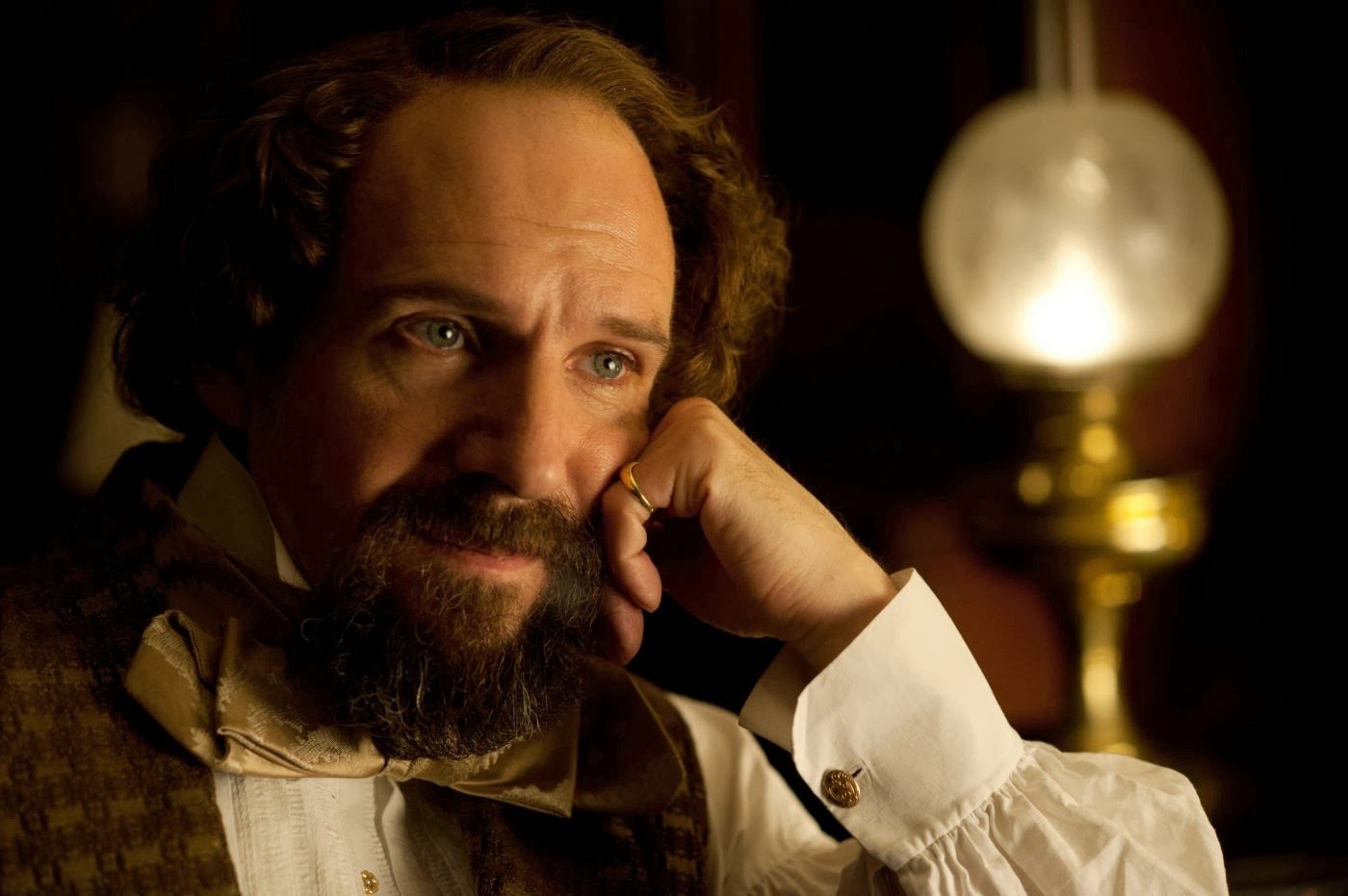 I think I am meant to finish my review there and give you a star rating but you know me, I don't shut up easily.  One of the reasons I loved this film so much is that it tapped into a very real fear I have, no doubt shared by others. There is a scene in the film where Dickens pulls the 'my wife doesn't understand me' line, adding that the young Miss Ternan understands him and his work perfectly.  The 19 year old me would probably have completely bought that line and I would have swooned quicker than you can say 'David Copperfield'.  The somewhat older me sees it for what it is. 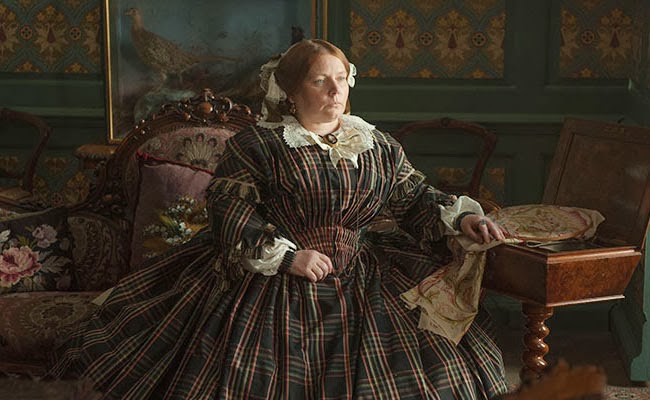 The scene that started me crying was the birthday party.  When Mrs Dickens arrives and delivers the present I sobbed for England because I am not 19 anymore, I am middle-aged, a bit grey and wrinkly, and found that scene not only sad but terrifying.  The two scenes where Dickens see his wife naked and then his rather brutal, wooden response were so horrible.  For me, it was a brilliant insight into my own fears that I was far more interesting when I was younger and prettier.  I did say that this was not an easy film to watch and beyond the frocks and fabulous special effects of the railway incident, I found the contrast between Nelly and Catherine Dickens to be a sobering insight into women's fears.

I urge you all to see the film and don't blame me if you cry into your Maltesers.
Posted by Kirsty Stonell Walker at 16:11