Many years ago, when I was just a wee slip of a girl, I was a member of a local Light Operatic Company (hence my outrageous use of polari, learnt at the knee of Julian and Sandy).  Together with the rest of my family, we formed a von Trapp-style singing family unit that provided much volume to the chorus.  One of my favourite shows was My Fair Lady, where my brother got to be Freddy Eynsford-Hill and I was part of the dance troupe.  I think I remember it with such fondness because of the familiarity with the film (such dresses!) and my crush on Rex Harrison (don’t ask).  After reading Pygmalion by George Bernard Shaw, I was astonished to find how much of the musical is from his original play in terms of script (GBS sadly did not include any songs, an oversight on his part).  Further investigation of the original, I was tickled to find the theory that the whole scenario was allegedly inspired by Jane Morris… 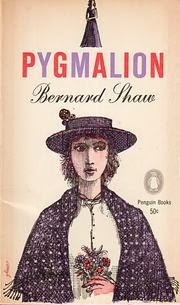 Now, wonder on that for a moment.  GBS obviously knew Jane, don’t get me started on his ‘spiritual marriage’ to May, and so the idea isn’t as random as it may first appear.  I have been giving it quite a bit of thought of late and it has enlightened me to how radical both the play and the Pre-Raphaelites were in terms of what they tried to achieve for their women.

Rewinding a little back to the play.  I am so cosy and familiar with the musical that I had never considered what Professor Henry Higgins is attempting with his wager.  Higgins bets his friend Colonel Pickering that he can pass off Eliza, a street flower seller, as a duchess at a society event.  When Shaw wrote that in 1912, before the social upheaval of the First World War, he was suggesting that by stealth the lowest in the land could be passed off as the highest, thus disrupting the status quo.  Also, Higgins, in orchestrating the venture is deceiving his class.  Blimey.

So, what has all this to do with the Pre-Raphaelites and specifically Jane Morris?  Well, a curious adjunct to their aims and ambitions at the start of the movement seems to have been the wish to not only choose their models from the working class, but then to improve them.  The gentlemen artists were of sufficient education, if not ready money, to belong to the middle-class.  Their affection to the young women who came to model seems to have been perverse in the context of what they should have desired from their romantic attachments at the time.  More than that, in the dealings with Annie Miller, Jane Morris and to some extent, Elizabeth Siddal, there is a strong undercurrent of improvement.

Placing Rossetti to one side for a moment, as his motivations to do anything were often random and lust-generated, William Morris and William Holman Hunt seem to have desired to take a woman from ‘the gutter’ (or the stable in Jane’s case) and make her society-ready.  Hunt would not properly commit to Annie before she had gone through the necessary training to become a lady, but Morris committed to his bride before the ‘improvements’ took place.  In some ways, it seems unsurprising that each of the artists undertook a Pygmalion project, shaping the internal workings of their own Galatea, a chance to bring a walking-talking-marrying work of art to life.

It is hard to see what their motivations were behind their actions beyond love of the woman involved.  In William Morris’ case, it is easy to imagine how he thought his cushion of wealth would enable him to behave however he liked because in a way he was already stooping down from his social position in order to get his hands dirty with a business and actual work.  He appeared to have a rather more fluid opinion of what was ‘suitable’ behaviour for a gentleman, so to marry a girl from a stable because he idolised her seems entirely corresponding with his bull-headed drive to do what he considered ‘the right thing’.  I still wonder how exactly his family welcomed Jane – recently I had an eyebrow raised at me for not attending public school despite my husband having done so.  Questions were asked as to what had happened there…

All well and good in Morris’ case, but what about Hunt?  Annie Miller’s abandonment to her lessons while he went off to the seems at once generous and hideous.  It can only be speculated how charitable Hunt was being to Annie, wanting her to be a lady before he took her out into society.  The fact that he would not put down a commitment before she had completed her training speaks of cowardice in my eyes, and possibly also Annie’s, as she didn’t bother completing the work or marrying Hunt.  Mind you, the scope of what he was attempting was immense.  He was not taking a woman with a family background and the rudiments of learning already completed, such as Elizabeth Siddal.  just needed the time and space to apply herself to her art (to paraphrase Virginia Woolf).  She already had the context of her application established in her mind, however unlikely it was that she would achieve it under normal circumstances.  Annie came from a flea-ridden den of uncertainty.  The chances of Annie being taught to read, or not going without meals, or not having lice on a regular basis were somewhat less than your average Stunner.  Even Fanny had attended school and had a respectable background in comparison to Annie.  What Hunt risked on a beautiful face was so massive in some ways it is unsurprising that he did not have the courage to see it through.  However, Annie managed her Eliza moment.  Armed with the new manners and negotiable morals, she married a gentleman after all.  Hunt married a more appropriate lady, twice, and never attempted his experiment again.

There is a common fly in the ointment of both Morris and Hunt’s experiments.  I say ‘fly’, I obviously mean ‘git-weasel’….

Annie never got to be the finished ‘Eliza’ on the Pre-Raphaelite stage.  Thoroughly derailed in her courtship with Hunt, she went off to Viscount Ranelagh who palmed her off on to his cousin, Captain Thomas Thomson, with whom she shared a long, fairly comfortable life.  A large part of her break from Hunt was her involvement with Rossetti, who had been asked to stay away and who pursued her in the face of his friend and his own fiancée.  Rossetti’s seduction of Annie was, if not the entire cause of his friend’s break-up with Annie, a vastly contributing factor.

Moving on to the Morris marriage and again who derails the relationship?  With no regard for his friend’s feelings, Rossetti has an affair (of one sort or another) with Jane and drives William off to .  Obviously you can apportion blame for both relationships with the women as well, but I find it interesting that the two connections Rossetti famously fractures are the Pygmalion-styled social experiments.  It would be all too easy to blame the women, blame their common roots showing through, their lack of breeding making them immoral, but what does it say about Rossetti?  Did he regard them as easy targets because of their working-class roots?  Did he wish to sabotage the lofty aims of his friends?  It could be argued that his, at best, indifferent treatment of Elizabeth, his own ’Eliza’, displayed his contempt for her class and her aspirations to climb and better herself.
Shaw refused to allow a happy ending to his play. He showed Higgins unrepentant in his horrible treatment of Eliza and derisive about her low ambition. Eliza’s storms away to live in middle-class difficulties with Freddy.  Neither are happy and Higgins is tormented by the creature he has brought to life, despite his amusement at her failure in his eyes.  The ending was eventually sweetened and in the musical Eliza goes back to him for an unspecified purpose (Marriage? Pupil? Colleague?).  Shaw’s own treatment of Jane Morris’ daughter shows a marked lack of respect as he was obviously asking to live in sin with her, leading me to wonder how he regarded Jane, the proto-Eliza, and her rise from the stable.

Posted by Kirsty Stonell Walker at 15:27