This is a bit of a combination of a few of ideas I had for blog posts, related closely so I could mash them together into one.  It concerns one of my favourite authors, Agatha Christie, and the role Victorian and Pre-Raphaelite art plays in her novels and how they are interpreted. 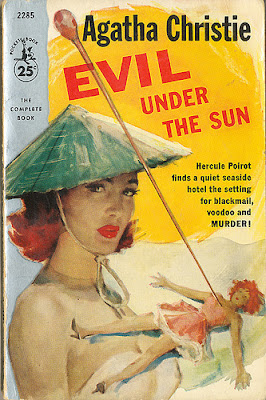 At first glance, you wouldn't think Agatha Christie had any relevance in a conversation about Victorian art. A Golden Age queen, her novels are decidedly modern, reflecting a world after first one then another world war, and filled with skittish women, world-weary men, and murders galore. However, the more you read her novels, the more her Victorian roots show.  Take for example, the short story 'Miss Marple tells a Story', where Miss Jane Marple tells her nephew Raymond (a novelist) and his girlfriend Joan (a modern artist) all about how she solved a murder that was brought to her by her solicitor and the accused man (husband of the deceased).  I won't spoil the plot for you, but when Miss Marple wants to explain how she isn't as 'up-to-date' as her companions she says 'I am hopelessly Victorian. I admire Mr Alma Tadema and Mr Frederick Leighton and I suppose to you they are hopelessly vieux jeu.'  Miss Marple is the archetypal maiden aunt, born around the 1870s (as she appears to be a woman of 50-60 in her first appearance in 1927, and grows older up to the 1950s).  Jane Marple expresses many examples of what it meant to be a Victorian, for example in 'Greenshaw's Folly', Miss Marple says 'When I was a girl Inspector, nobody ever mentioned the word stomach', together with admonishments that a lady would never be over-emotional in public.  I especially love her inability to talk frankly about what litmus paper is used for, in 'The Blue Geranium', even though she knows from experience of being a nurse.  She is shrewd but always finds a way of being delicate about matters of bodily fluids. 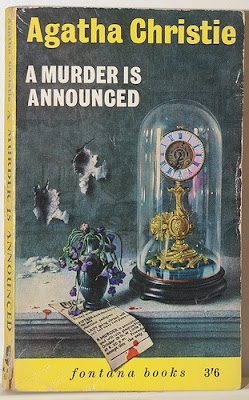 As you will know from this blog post I wrote on Agatha Christie and Burne-Jones, the Pre-Raphaelites are mentioned in an exchange between Edmund, the only Communist in the village, and the object of his affection Phillipa.  It is a bit of a puzzler as we now would not refer to the Pre-Raphaelites as 'jolly' and 'slangy' (however much Desperate Romantics tried to convince us otherwise), but there are other instances of Christie using Burne-Jones in description.  In Hercule Poirot's Christmas, one of the characters is described as having a face that had 'the mild quality of a Burne-Jones knight. It was somehow not very real.'  That, to me, is a very satisfying description of someone that I can visualize immediately, but does presuppose her audience knew what a Burne-Jones knight looked like.  Mind you, in 1938, possibly they all still did...

Still on the subject of Burne-Jones (and moving neatly into Tennyson), one of my favourite Christie novels is The Body in the Library where Jane Marple sums up a relationship between a dead good-time girl and her rich, old benefactor as being like King Cophetua and the beggar maid.  It's that moment in the book where you are forced to reappraise the relationship between poor Ruby Keene and Conway Jefferson, which up to that point you see only in terms of a gold digger and her sugar daddy.  Christie returned to Tennyson again, not just with Marple but also with that famous detective, Hercule Poirot... 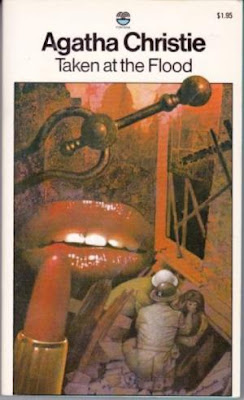 In the 1948 novel Taken at the Flood, the tension of a family is ramped up by the arrival of a mysterious stranger, calling himself 'Enoch Arden'.  Every good Tennyson reader would immediately get the reference to the poem, where a man believed dead returns to his wife.  Seeing as the wife of this gentleman has since married a very rich man and inherited the lot on his death, Mr Arden's arrival is not what you call a minor event, and murderous japes ensue. The same device is used in Christie's short story 'While the Light Lasts', again with Mr Arden making a timely return.  However, possibly the best know reference to Tennyson in Christie's work has to be The Mirror Crack'd... 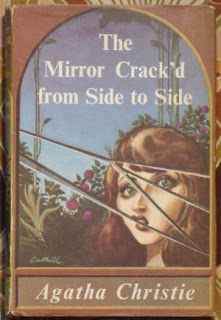 A murder at a village fete in the grounds of the home of a Hollywood star causes a fair amount of interest in St Mary Mead, not least because the star, Marina Greg gets a funny look on her face shortly before the unfortunate event.  As Dolly Bantry recalls:

"'She had a kind of frozen look,'said Mrs Bantry, struggling with words, 'as if she had seen something that - oh dear me, how hard it is to describe things. Do you remember the Lady of Shalott? The mirror crack'd from side to side, 'The doom has come upon me,' cried the Lady of Shalott.  Well, that's what she looked like. People laugh at Tennyson nowadays, but the Lady of Shalott always thrilled me when I was young, and it still does.'"

In all honesty, this was probably my first introduction to Tennyson, watching Angela Lansbury consider the poem in the 1980 film adaptation, then later in 1992, the far superior Joan Hickson do the same (although Elizabeth Taylor was born to play Marina Greg).  Imagine my delight then when I searched for a copy of the book and found this... 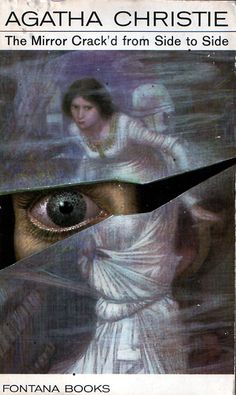 Here we enter the other part of today's blogpost, the cover art of Tom Adams, who created the most amazing images for Christie's novels from 1962 until the 1980s.  He used Pre-Raphaelite not only overtly like the above cover, but in more subtle ways.  Beginning with this 1962 novel, Adams stated that he used the Waterhouse sketch at Falmouth Art Gallery rather than the finished oil.  Later, when asked to do a larger version of the cover, he used the final oil, together with a few other Ladies you might recognise...

When looking at Adam's covers, I see a lot of intentional and possibly unintentional 'Ophelias'.  The most obvious of these is probably the unlucky victim in A Caribbean Mystery... 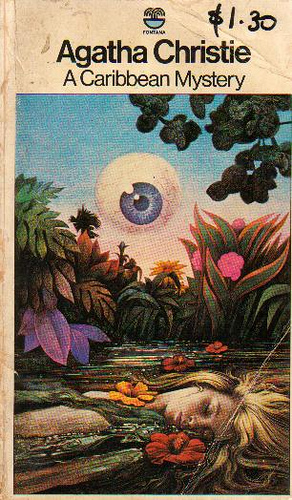 Tom Adams admitted he had borrowed a little from Millais in the catalogue of his work, Tom Adams Uncovered.  The murdered woman floating in the rather flowery Caribbean has the look of Lizzie Siddal more than the character she is meant to portray.


Although the unfortunate Girl Guide is strangled in a boat house, on Adams' covers she is far more picturesquely sprawled in a meadow or on the jetty.  The top cover is the UK edition, where Marlene seems to have been strangled in the actual folly, which he corrected for the American cover. 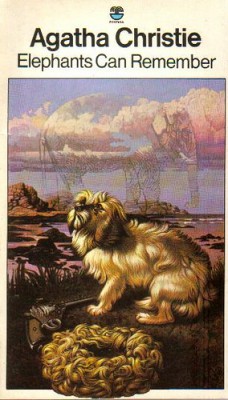 A Victorian art reference I would not have noticed without prompting is the dog on the front of Elephants Can Remember.  Whilst it is a homage to this Edwin Landseer...


It is a sort of reverse echo, as the dog holds the key to a double suicide and is the only one to survive the 'sacrifice'.  The realism of Adams' backgrounds very much reflects the aspirations of the PRB and I love the way Adams places macabre and unexpected items in very English landscapes, often with details such as stones and flowers accurately realised. I find it interesting that while the country was trying to shake off the 'slangy', 'jolly', old fashioned Pre-Raphaelites, by referencing them in the covers, Adams tapped into the burgeoning revival of the 1960s that reformed Victorian art back into fashion.  In many ways I find this akin to, and in perfect sympathy with, Christies own subversion of contemporary prejudices.  When Miss Marple says how 'old fashioned' her tastes are in comparison to her nephew's sordid books and Joan's paintings of lumpy people and sad vases, Christie is obviously having a cheeky dig at modern tastes.  More than that though, by making Miss Marple favour Victorian art it aligns high intelligence, common sense and goodness with nineteenth century art.  She might be hopelessly vieux jeu but she's never wrong.  By contrast, the modern-types, such as her nephew and, memorably, the modern artist Basil Blake in The Body in the Library, are well meaning but foolish and mistaken on many things. Maybe Christie was commenting on the fashion to dismiss the tastes of those that came before us as irrelevant. Art of previous generations should not be dismissed, much as Miss Marple is often dismissed by naive police officers as 'just a little old lady.' Miss Marple's taste in art is just another facet of her 'old lady' persona, but by making that old lady sharper than everyone in Scotland Yard, possibly Christie is making a comment on how we should never dismiss anything just because it is old-fashioned.

Posted by Kirsty Stonell Walker at 08:43