The Loneliness of a Long Distance Art Historian

As you know, I have been helping out with the fundraising for a memorial for Fanny Cornforth (thanks to those of you who have donated and helped spread the word).  This has resulted in an increased interest in Fanny, with lots of people talking and writing about her. All this is really marvellous.

Then a friend said to me 'Do you mind other people writing about her?'


Of course not.  Of course I don't feel anything but joy when everyone is talking about the woman who I have spent half my life with, longer even than the man I am married to.  Certainly, for most of that time it really was just me and her, Kirsty and Fanny, friends forever, together forever.  No-one will know her like me, she's mine, MINE, MINE I TELL YOU! Wait, I seem to have gone to a weird place...

And that is what today's post is about - what happens when you specialise in one historical subject, what happens when that subject is neglected then rediscovered, and a special moment I call 'Research-zilla'. 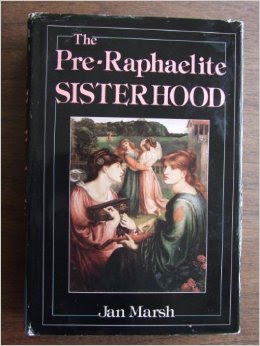 I don't think that people set out to specialise in one person.  I wandered into Pre-Raphaelite art in the first year of my degree and loved it all. Most of all I loved Rossetti, with his glamorous ladies and jewel colours, and the fact that we knew the stories of Elizabeth Siddal and Jane Morris gave greater depth to what I was seeing.  But then there was Fanny, poor abused, stroppy Fanny,spitting nuts and never letting go.  I wanted to know more and all there was was just rude and patently untrue; Walnut shells? Really? Thank the Lord for Jan Marsh and her Pre-Raphaelite Sisterhood, it gave me somewhere to start.  So I started and twenty-something years later I was stood on her grave, possibly the first person to ever go there and know who was six feet below. That's somewhat intense. Blimey. No wonder some researchers go a little bit, well, mental...


As you will know from this post I have met my share of crazy researchers.  I have had all manner of people scream at me via email because I looked at something THAT WAS THEIRS! Reactions can be anything from sudden bombardment of hyper-excited emails that WE LIKE THE SAME THING to an equally sudden blocking and abuse. I had a right stinger of an email from a researcher who was mad because I had the same book as her. That one still makes me chuckle. Part of me is really impressed with how dedicated they are to their subject, knowing full well that the levels of passion it takes have a go at someone for owning a copy of a book you own too, have the potential of discovering great things.  In order to research, write books, write posts, you have to love your subject in order to keep digging when you are exhausted and despairing.


For some lucky people this is their job.  I am so envious of people who get to go to work of a morning and just sit and research.  For me, and no doubt countless others, my research and writing is the thing that has to fit around everything else. I have a job, I have a family and a daughter with diverse needs.  There has to be something that drags you back to it after you've done everything else and are knackered. You have to find that hook, that bond with your subject that makes a space in your otherwise heaving life.  No wonder that often spills into possessiveness and weirdness.


I've had my moments of intense researcher-rage, or what I call 'Research-zilla'.  I lost my rag completely when the BBC allowed a person, who will remain nameless, to claim he was Fanny Cornforth's biographer and he had discovered her grave, two months after I had published the first account of it.  I was livid.  I argued on Twitter with the reporter.  It was horrible. It taught me that I never want to feel that way again. It also taught me that I should get a grip because a simple Google search on Fanny Cornforth comes back with my work. Whilst I was probably within my rights to be cross about a man pretty much claiming to be me (and his eyebrows weren't half as nice as mine), I was dangerously close to stumbling into the trap that seems to befall many a researcher - just because someone is your 'subject', it doesn't mean you are more important than them.


Also, whilst someone is your subject, they don't just belong to you alone, however much you love them, feel connected to them or devote countless hours in pursuit of them.  Just because researchers are vaguely cultured people who spend more time reading articles on JSTOR rather than on the E-network, there are times when you should think if your behaviour has strayed into weird celebrity stalker territory.  There is a fine line between protecting your research and keeping a historical figure tied up in your cellar, in a manner of speaking.


I suspect I get a bit possessive of Fanny because she is not the most well known of people and for rather a long time, it was just me and her.  I really don't understand researchers who get possessive of really famous people who have countless books written about them, but each to their own. I've had people tell me that they don't understand why I would spend so much time talking about someone who doesn't matter, who never really did anything important in life.  Outside your bubble of research, many, many people will not understand what the attraction is.  It's your job to show them, it's your job to share, to enthuse, to be the person that encourages others to find out more about your beloved subject.

In fact, be the person who set you on the road to obsession in the first place.
My Fanny is your Fanny. My Fanny is everyone's Fanny.
I have the best job in the world.
Posted by Kirsty Stonell Walker at 14:19