Review: The Hours Before


It’s no secret that one of my favourite books is Robert Stephen Parry’s The Arrow Chest.  It was the first of his books I read and although I really enjoyed Virgin and the Crab and Wildish, the nineteenth century setting of The Arrow Chest won me over for obvious reasons.  Imagine then how thrilled I was to learn that Mr Parry’s new novel was set in the Belle Époque… 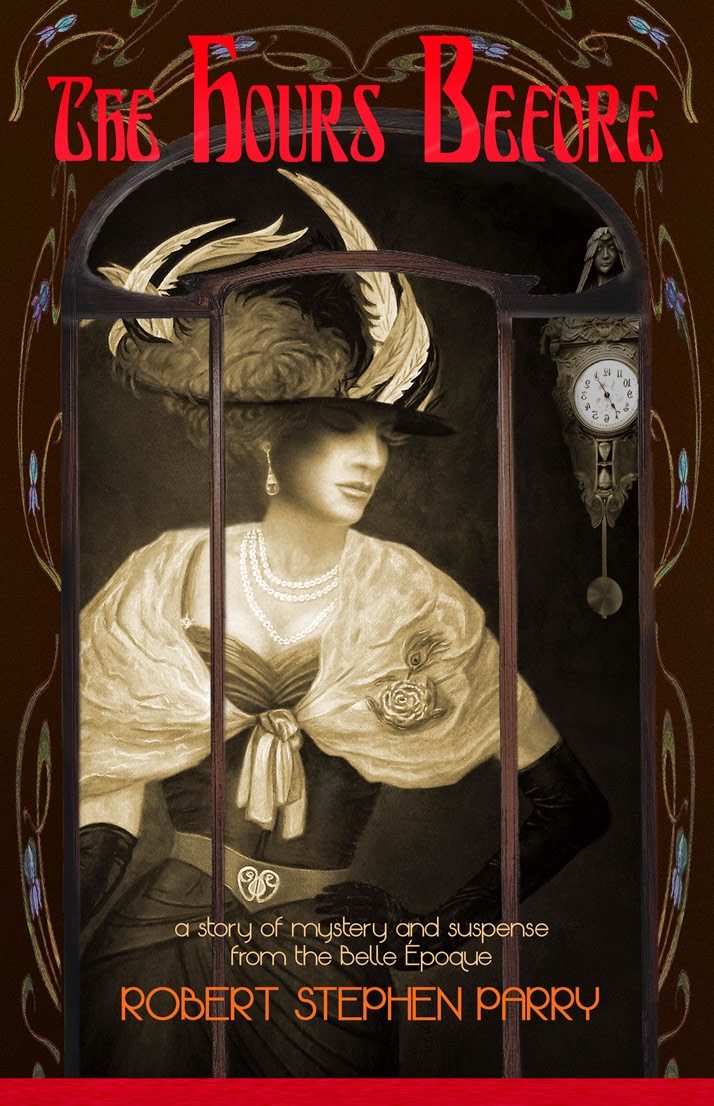 The Hours Before opens with Deborah Peters returning to her hotel to find her usual maid has been replaced by a mysterious young woman who seems to know an uncanny amount about her.  Deborah has an assignation planned and what begins as an inconvenience turns into revelations as her history is laid out before her, showing how she arrived at this fateful, terrible night.


When tragedy strikes Deborah, ‘the Woman of Cards’, her grief is compounded by the attack on her reputation for seeing the future.  Her ex-husband, newspaper magnet Hugh Peters is unrelenting in his persecution of his ex-wife, hell-bent on destroying her. Into her life comes magician Herman ‘Manny’ Grace, an unexpected ally in her quest to discover the truth.

Set in pre-First World War Europe, the characters travel around the glamorous and dangerous cities and countryside, searching for answers.  In the background, there are whispers and rumours of war. In some ways Deborah personifies the decadence of Europe, suddenly besieged by the modern, the terrible, the tragic.  Her struggle to overcome the forces of violence and corruption is what keeps you reading, keeps you desperate to find out what will happen.

There is a theme of personal growth and redemption through hardship.  Both Manny and Deborah move beyond their ‘trivial’ facades to show their true character as they search Europe for the truth of what happened to Deborah’s daughter.  Chaos engulfs all of the characters and they show themselves truly in the face of it. The scenes at the isolated fortress of the spiritual leader are intense and shocking, in contrast to the more mundane, petty evil of other characters.

As always, the writing is excellent.  The scope of the action is almost cinematic, with such diverse and stunning locations.  Each place is described with such skill that you feel you could step into the scene, for example the way we first experience the newspaper offices, sweeping from the basement to the top, taking in all levels of people in between.  This cleverly ties to themes of rising and falling, being pulled down in society or raised up and how close these positions are.  The characters rise and fall, some to rise again, just as we climb up the building, up the monument of ‘truth’ that is the newspaper.

For me, The Hours Before draws on the very best qualities of the novels that preceded it.  Deborah Peters is a strong female character, equal to Daphne in The Arrow Chest, and her trials and preoccupations are both familiar and compelling.  There is plenty of action and a fair smattering of terror together with the romance and beauty ever-present in Mr Parry’s work. It is with great pleasure that I wholeheartedly recommend this book to you.


To buy The Hours Before visit here (Amazon UK) or here (USA).

Posted by Kirsty Stonell Walker at 06:29