Welcome to the second day of the Jane Morris long weekend and today I'd like to review the second comic book by the Dutch artist Ulrik Nilsson, A Muse Unburdened. 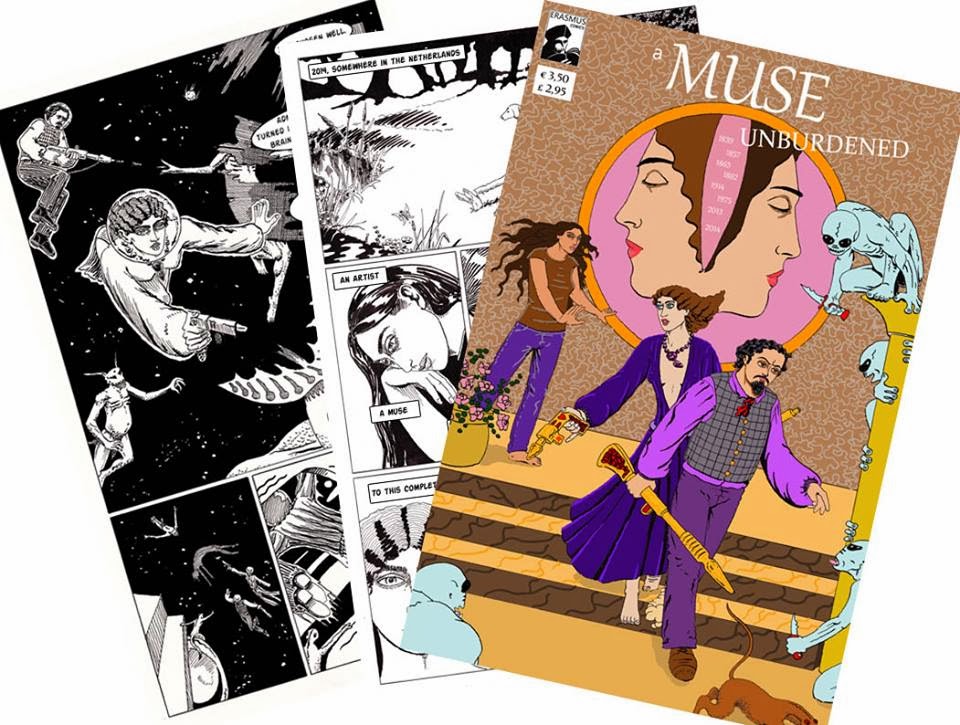 I reviewed Ulrik's first comic, A Muse's Burden, back in September last year (review here) and this follows the multi-dimensional adventures of Jane and Rossetti through both time and space.  The thing I love about Ulrik's work is that he has no boundaries, there are no taboos.  Ever wondered what Jane Morris fighting space aliens looks like?  Wonder no more...

It's daring, mad and creative and so charming that you just go with the story.  It tumbles through space and time, showing the power of muse and creation, and also introducing us to a familiar figure.  Within the story is a section entitled '19th and 21st Century Muse', where Jane and Margje Bijl meet and explore the meaning each of them have in the other.

Those of you who have read my piece on Margje's exhibition, this is a mirror of Margje's art and a touching series of escapades result from their time together, including a rather controversial haircut... 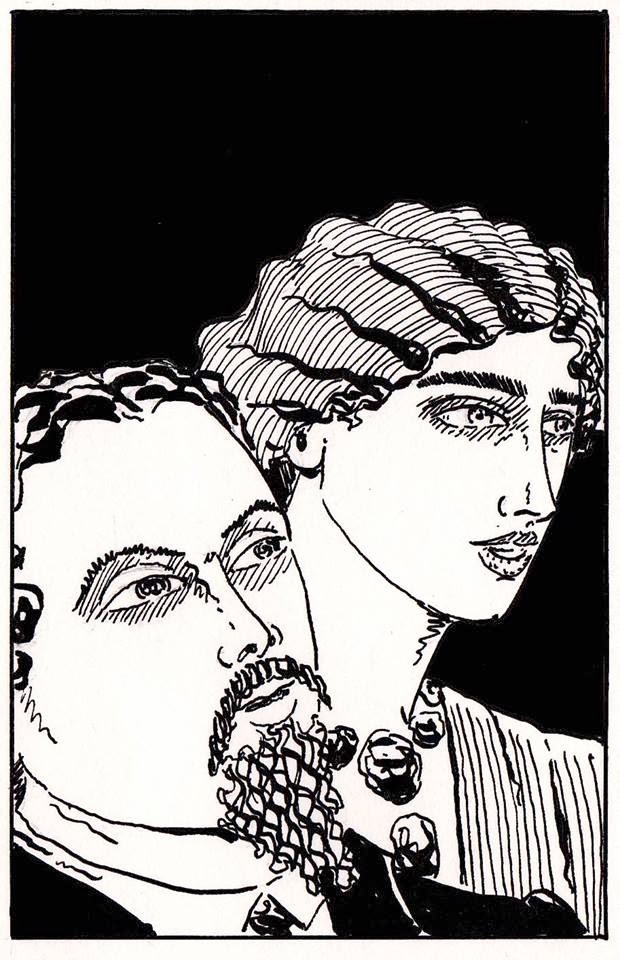 I love this sort of 'afterlife' for familiar figures.  Why shouldn't she fight aliens and travel through time? Ulrik empowers Jane so that 100 years after her death she is a heroine of beauty and power.  No wonder she inspires Margje and Ulrik so much.

I love Ulrik's work so much, I look forward to seeing more.  To order A Muse Unburdened  visit Windmill Comics if you live in Europe or the UK.  Otherwise, contact either the Publishers (via the website) or Ulrik(via Facebook).

See you tomorrow for the anniversary of Jane's death and a look at how she made Kate Moss possible.  Kind of.
Posted by Kirsty Stonell Walker at 15:54